Scouting is an inexact science. Hundreds of millions of dollars have been poured into the exercise over the last decade, with supply-&-demand for intel, stats and film at an all-time high. Yet, the #1 overall pick in the 2017 NBA Draft was mercifully traded this week, after he lost total confidence in his own jumper and appeared in only 35 games for the team that selected him.

As long as humans are involved, wild and unpredictable things are going to happen. Meanwhile, the search for the next great basketball prospect continues and teams are mortgaging their future just for a chance at landing him.

Think about it: The gap between the NBA’s top team (Golden State) and it’s worst (NY Knicks) is wider than the Grand Canyon. Most years, the same can be said for the top-4 and bottom-4 teams in each conference. A huge disparity in talent level has always existed in the NBA, regardless of how much the talking heads on TV love to romanticize about how things were so much different back in the day.

Since truly great, generational talents have such an enormous effect on the outcome of games, and the overall direction of their franchise, the top-8 teams are usually building around one and the bottom-8 are desperately trying to acquire one. That leaves the other 16 teams (50% of the league) in a position to rely almost entirely on the development of their own players in order to succeed.

Now apply that same concept to college basketball, where there are 353 D-1 programs in 32 conferences across the country. About a dozen of those programs are in the mix for the nation’s elite prospects each year, while Duke and Kentucky automatically land a couple apiece. Let’s assume another 40 programs are considered real high-majors, with the luxury of recruiting upper-echelon athletes and can also rely on the transfer market to supply them with talent. On the flip side, about 50 programs are left scrambling just to maintain their incoming recruits each year because they get caught up in some portion of the coaching carousel.

That leaves about 250 D-1 programs fighting for an enormous group of prospects who haven’t been given the “high-major” label by scouting services and are trying to separate themselves in some way, shape or form. Wouldn’t it make sense for these programs to place an extremely high value on any piece of evidence that could help them predict future success and separate prospects within that group? That’s where genetics play a role.

So much of a scout’s value lays in our ability to project how a player’s skillset and physical attributes will translate from level to level. When you’re given the opportunity to get a possible sneak peak into a prospect’s future by comparing them to a father or brother who came before them, it almost feels like cheating. At the very least, it shows an in-depth portion of a player’s athletic and genetic profile.

Of course, an entire scouting report or future projection for a player shouldn’t be based on what you see in the family tree. Sometimes, it gives you great insight on where a player came from and where he might be headed. Other times, if leaves you wanting to call Maury Povich and order a DNA test to find out whether or not they’re even related. Either way, you’re gathering good intel in a way that can’t be applied to most prospects.

Fortunately for college coaches looking for late additions to their 2019 class, there is a ton of valuable information when you apply this process to the following group of New England prospects:

Breakdown: Since Wayne’s prep career is still relatively fresh in our minds, everyone expects to see a powerful athlete inside a Tilton jersey with the name “Selden” attached. Little bro doesn’t disappoint! His ability to play into-&-thru contact is unique, as is his fearlessness on the defensive end. Matter of fact, he resembles a defensive end when he gets down hill in transition or during an aerial attacks as a weakside shot-blocker. His raw skills, defensive versatility and high motor will allow him to contribute immediately without dominating possessions at the D1 level. Every aspect of his skillset has shown improvement each time I’ve caught him throughout the season. He’s got simple mechanics on his jumper and it’s going to be an effective weapon in time. Selden is a refreshingly violent athlete who would much rather put one on your head than attempt some soft jelly garbage around the rim.

His Own Words: “My motor and jump shot have improved the most over the last year. I just became more passionate about the game and I saw more success as a result. It’s made me hungrier. This year at Tilton has been big for me and I think it will allow me to contribute on both ends of the floor when I get to college. I’ve realized what it takes and what type of energy I can provide. I’m willing to do whatever a college program needs me to do.”

Recruitment: Currently holds ZERO offers, which is absolutely insane! Has heard from Sacred Heart and others recently.

Breakdown: Cam is a legitimate knock-down shooter at 6’10” and has shown more grab-&-go ability after rebounds as the season has gone on. When he effortlessly handles the ball in the open court, it’s easy to envision him streaking down the lane on give-&-go action at the next level. His high-IQ allows him to fall into 4-5 rebounds a night automatically but his willingness to scrap in the paint and get the necessary work done on the floor has led to rebounding in traffic on a more consistent basis. Credit the IQ and competitiveness to being the son of a successful high-major coach who was also a 90‘s-style NBA power forward who wasn't afraid to throw fists in battle. In NMH’s matchup vs. Cushing last week, Cam caught a 2-hand dunk off a baseline dish followed by a quick flush off a loose ball and then tried to put the finishing touches on the night with a cock-back hammer in traffic (but got fouled & drilled the two FTs). He’s recognized that there’s only a certain amount of physicality that can occur in basketball and knows that he can reach that level when necessary. This is my favorite stage in a player like Krystkowiak's development. He’s entered the “Fuck It!” stage, where he’s no longer hesitant to rise up in traffic or break away from the pack and push the ball up the floor in transition. He doesn't hesitate to let it fly when he gets an open look. This is the best stage. It breeds success, a sense of freedom and can even leak over into attacking life with a different level of passion. Players should be encouraged to remain in this stage forever, as long as it occurs organically, fits within the team concept and results in efficient, winning basketball. Cam Krystkowiak has become an exponentially better player since embracing this stage.

His Own Words: “Since getting to NMH, my ability to play on the wing has improved so much. Offensively, I’ve become more confident and I feel comfortable playing in space. Defensively, I have a better understanding of angles  and how to beat guys to certain spots instead of chasing. I feel like I can stretch the floor as a skilled big man and be a good system guy. I’m willing to take charges and do whatever’s necessary to make a difference.”

Recruitment: Holds offers from Brown, UMass, Dartmouth and Portland State while also hearing from programs at a variety of different levels

Other 2019 Prospects in New England with NBA/D-1 Bloodlines:

OFFERS: Bryant, NC Central and picking up other interest

.....Jacob, who has grown almost two inches since arriving at Woodstock, is on a similar path as his brother. Watch this and ask yourself why mid-majors aren't rushing to get in the mix..... 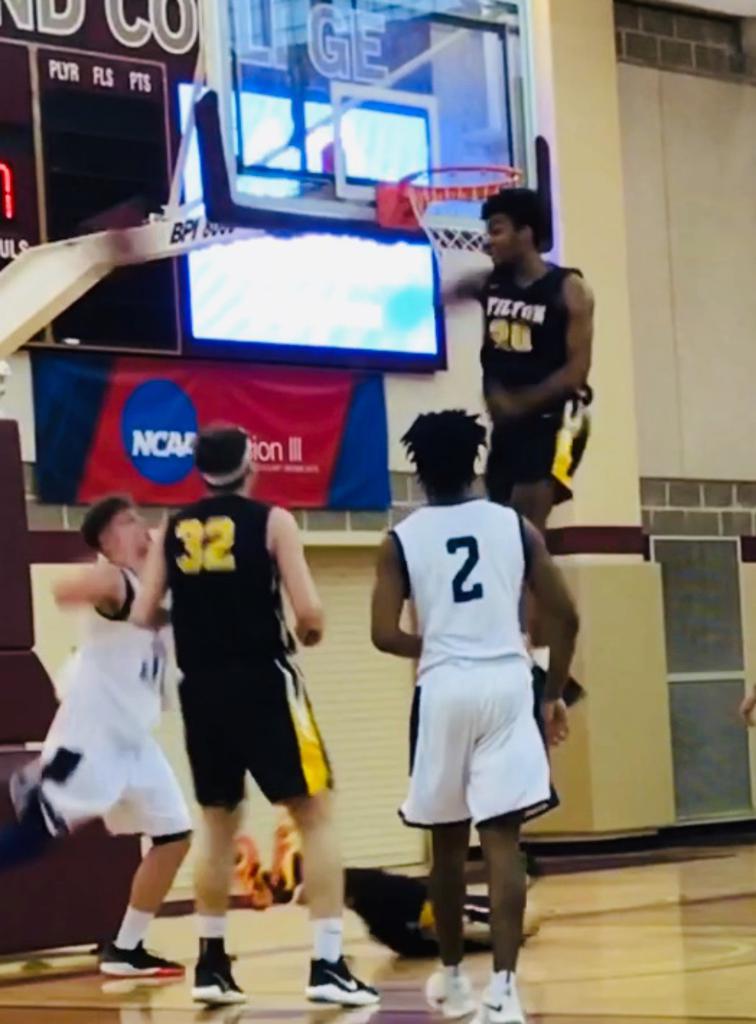