Eight of the Top-10 prospects from the region’s 2022 Class have already committed to their future college programs. They will all either be headed to high major conferences or -in Reed Bailey’s commitment to Davidson- a program within the A-10 that boasts four NCAA Tournament appearances over the last eight seasons.

Over the next week, we’ll get updated looks into the recruitment of New England’s top available 2022 prospects…

After winning the 2020 NEPSAC-AA Championship alongside his twin brother, Kyle (recent Duke-commit), and grinding his way through the 2021 COVID campaign at Wilbraham & Monson, the physical big man took his improved frame-&-game to the EYBL this summer.

Playing with the NY Rens, on one of the most stacked squads on the Nike circuit over the last decade, Filipowski realized how to make the most of his minutes and take immediate advantage of mismatches for HC Andy Borman.

“Matt is a skilled 7-footer who owns all of the abilities that D1 coaches look for in a traditional post player,” said Borman. “But he’s actually at his best when he’s facing up, seeing the court and is able to take advantage of his passing ability or knock down a 15ft jumper.”

“Playing against the best competition in the nation all year-round really helped me take my game to the next level,” said Filipowski, about playing against NEPSAC-AA and EYBL programs for the last few years. “It’s all about supporting my teammates, proving that I’m reliable on/off the court and working hard all the time.”

Filipowski returned to Wilbraham this fall after earning offers from programs in the Big Ten, ACC, American, West Coast and Colonial conference over the previous 12 months. He’s also picked up offers from Northeastern and UC-Riverside recently.

“I’m looking for a program that has a mix of good academics and a staff that will help me advance my playing career as far as possible,” said Filipowski, when asked what he’s looking for in his future college program. “It’s important to know that the coaches are going to utilize my talents properly and strengthen my weaknesses at the same time.”

Based on the way he’s transformed physically over the last few years, the college program that secures Filipowski’s services should get a great blend of instant impact and future upside.

“Matt plays his best against other 7-footers, which isn’t always the case with big guys,” said Borman. “He has the ability to help a college program immediately but I also think he’s going to take some huge steps developmentally over the next few years and really reward the staff that gives him an opportunity.”

With offers from a diverse group of schools that are located coast-to-coast, Filipowski has some great options going forward.

“Cal Poly, UC-Riverside, Drexel, Northeastern, Penn and Quinnipiac are the programs that are most active with me right now,” said Filipowski. “I’m looking to commit at some point before the new year but being comfortable with my choice is more important than any set date.”

Even after averaging 19.7 Pts/8 Reb last season and with a solid list of colleges already recruiting him, Matt Filipowski enters ’21-’22 with as much to prove as any prospect in the region this season. And it’s a season that could last as long as any team in NEPSAC-AA.

As long as The Filipowski Bros. are playing with chips on their shoulders on a nightly basis, Wilbraham & Monson will be in prime position for another memorable postseason run once March rolls around. 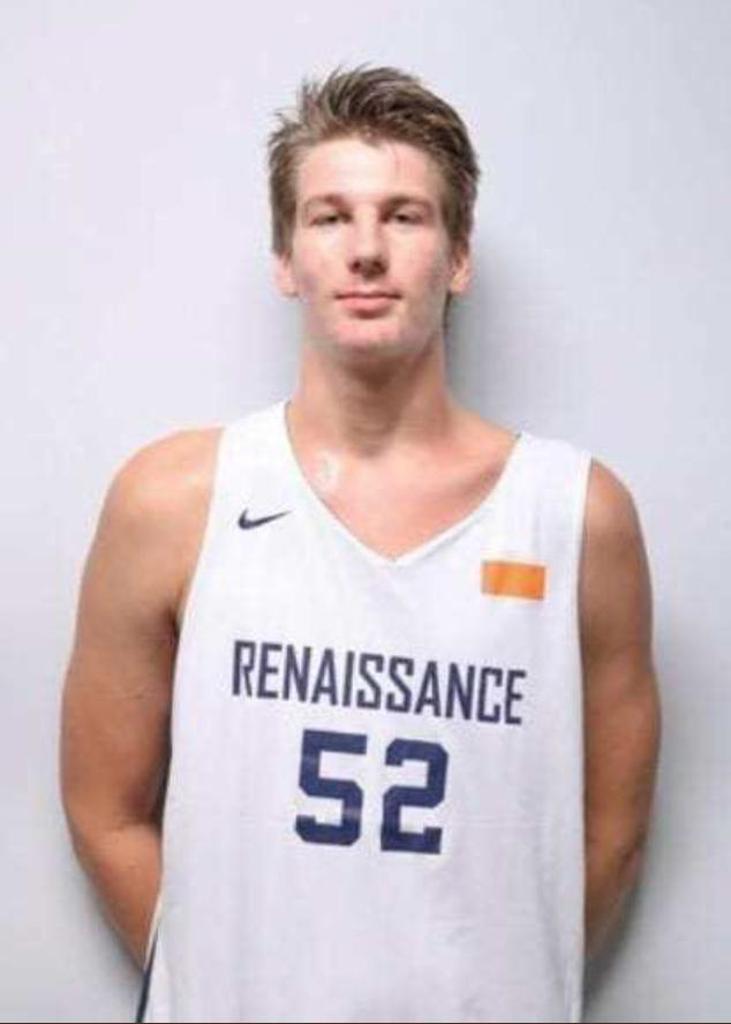 FILIPOWSKI averaged 5.8 Pts/3.5 Reb/1 Ast/1 Blk in a little under 12 minutes per game with the NY Rens in the Nike EYBL this summer 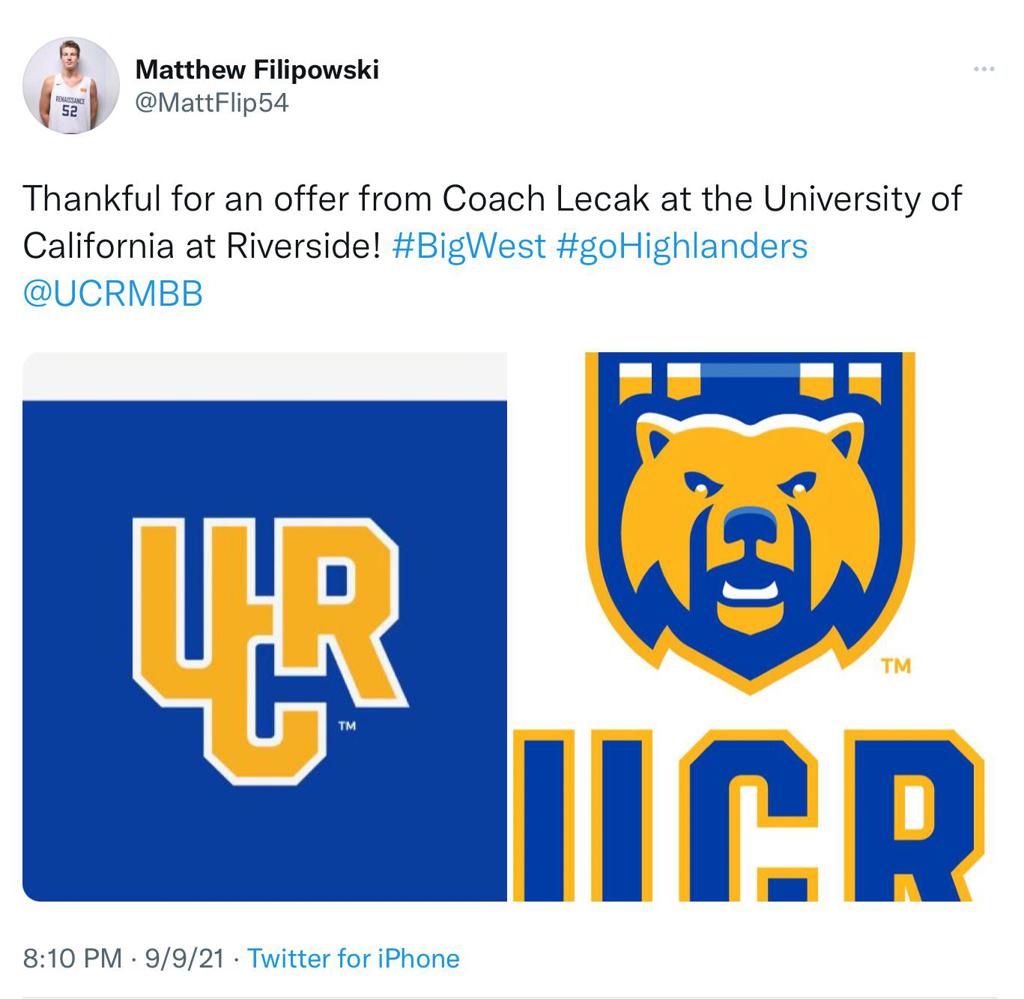 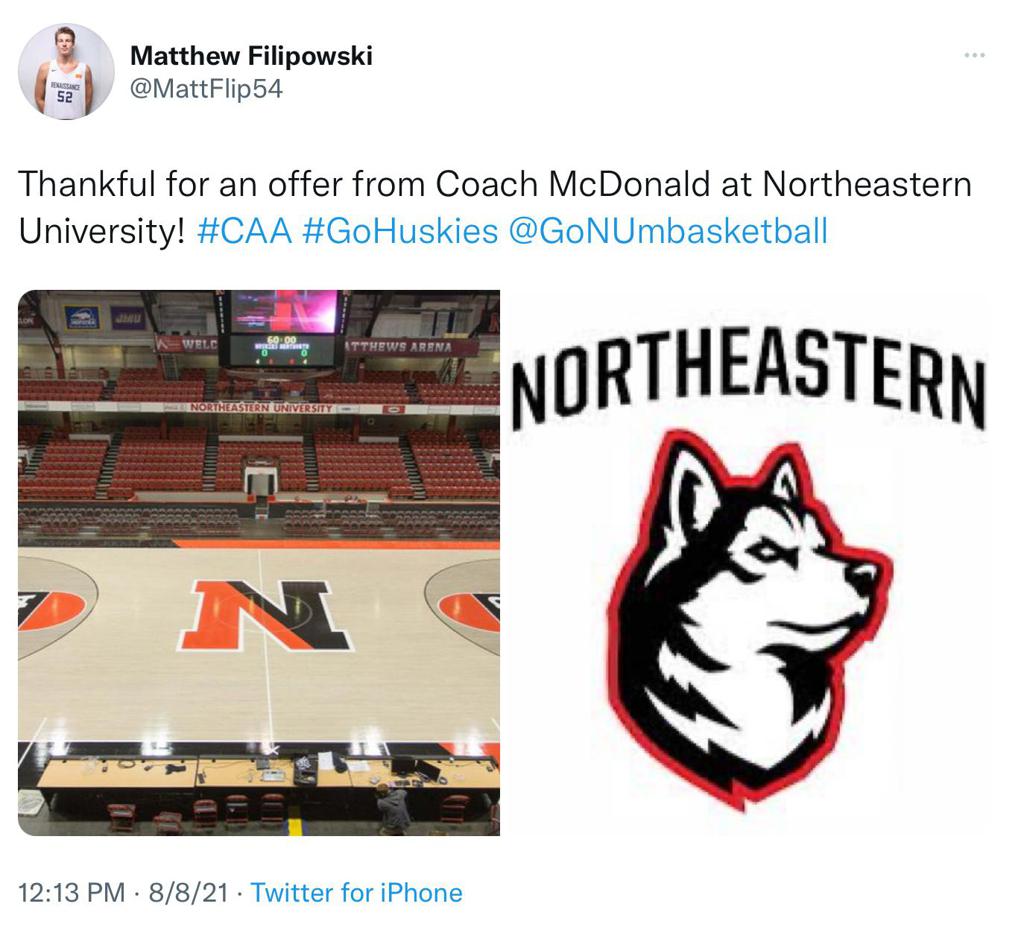 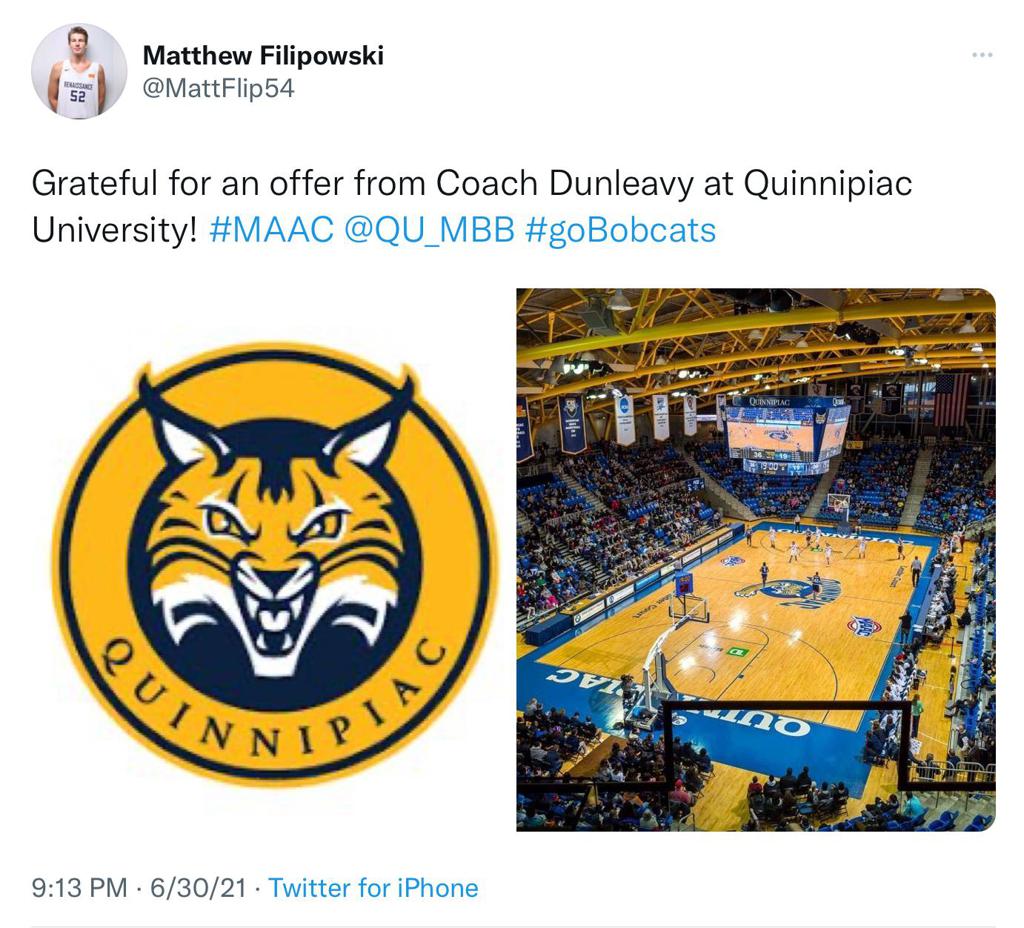 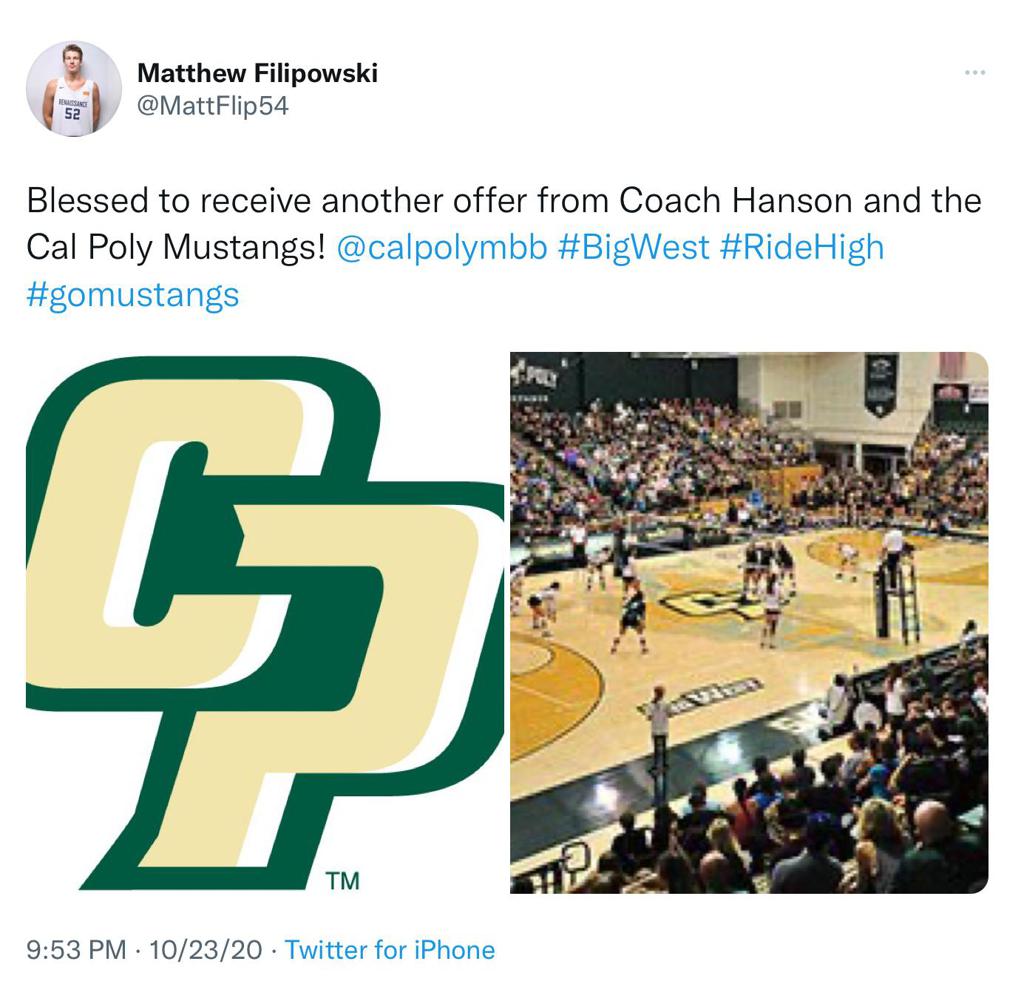 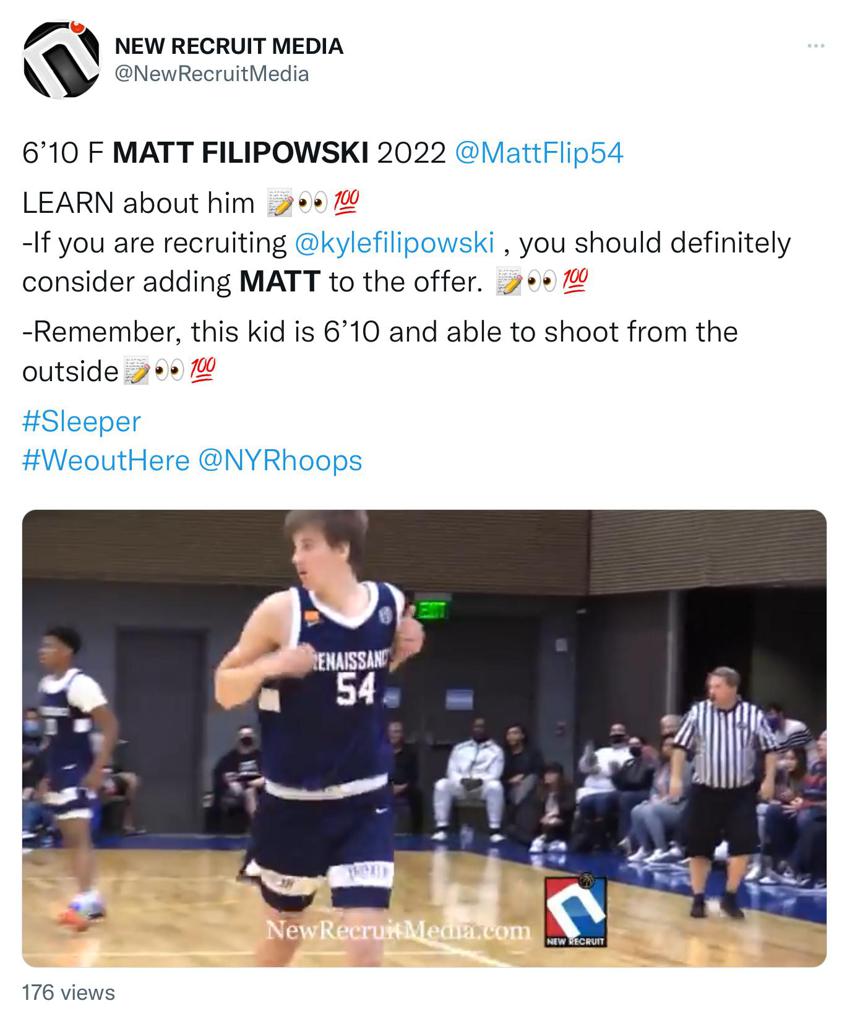