The ’21-’22 prep hoops season is officially here! Over the last three days, The Hoop Hustle’s 2022/2023 Big Board has featured the top-30 prospects in the Northeast.

The group is comprised of players who have established their prospect reputation in the Northeast and either play their AAU or prep ball with a Northeast program. The list doesn’t include guys like Chance Westry (Hillcrest Prep, AZ) and Roddy Gayle (Wasatch Academy, UT) despite the fact that they played with the NY Rens this past grassroots season. Follow along and the prerequisites will become a little clearer.

Any scout that watches Lively enough is bound to wonder just how special he can become. While he hasn’t even put it all together in any single game yet, his natural skills are so eye-popping that it’s hard not to dream on the athletic big fella’s future. His defensive presence is elite and should translate to the next few levels immediately. He flips his hips and stays with smaller ball-handlers better than any 7-footer I’ve ever seen. Lively is also the best rim-protector in the 2022 Class. His shot mechanics are clean and he’s already a threat to step out and drill shots from beyond the arch. He has all the tools to become the type of all-around Big that never has to come out of games due to mismatch issues, which is a rarity in today’s game.

Filipowski’s blend of size, skill, motor and toughness is unmatched in the HS ranks right now. His offensive skillset is as polished as you’ll find in a 6’10” prospect and he’s still just scratching the surface of how good he can truly be. His work ethic and pitbull intensity allow him to dominate on a nightly basis. He’ll have every opportunity to showcase his talents at Duke, where he’ll be asked to initiate offense as a grab-&-go rebounder and as a mismatch big operating from the elbow. I’m not buying the questions about his future ceiling either, not for a second. As he continues to add muscle to his already-solid frame, Filipowski will own all the physical/mental tools to become an offensive nightmare at Duke and eventual Lottery Pick in the 2023 NBA Draft.

As the son of a former NBA Lottery Pick who has held his own against the nation’s best competition throughout his brief prep career, Wagner is at the top of the 2023 National Rankings until he heads to college unless one of the extremely talented wing prospects below him can wrestle the honor away. What he lacked in efficiency during the 2021 EYBL season, he more than makes up for in potential and projection. The young man is a bucket-getting lead guard with swagger and instincts that should help guide him to the highest level.

Wagner averaged 16.8 Pts/3.1 Ast/2.3 Reb/1.5 Stl while shooting 38.6% FG/26.1% 3pt/79.1% FT for the NJ Scholars this summer. Wagner will be heavily recruited by Kentucky and John Calipari -his father’s college coach- but will also have an opportunity to head to the G-League or another pro route at this time next year.

As a versatile 6’7” wing with a sweet stroke and pure scoring ability, Mgbako fits the description of what everyone at the next two levels of ball is looking for. His ability to create off the bounce with an advanced mid-range game is borderline elite and his easy, repeatable shot mechanics will make him one of the most highly sought-after prospects in the Class of 2023.

Mgbako averaged 17 Pts/4.3 Reb/1.1 Blks/1 Ast per game while shooting 42.9% FG and 37.5% from 3 during the 2021 EYBL season while being paired with Wagner Jr on a young NJ Scholars squad. He currently owns offers from Duke, North Carolina, UConn, LSU, Ohio State, Maryland, Rutgers and others.

What do you get when you combine a super-skilled 6’10” playmaker who’s comfortable operating with the ball in his hands with the best prep school basketball program in the nation? Usually, you get a future pro. And that’s the trajectory that Buzelis is on right now.

Buzelis spent his summer running with the Mac Irvin Fire in the 16U EYBL and proved to be one of the most gifted players on the circuit. He’s made a significant jump in the national rankings recently and there’s no reason to think that will stop any time soon. As his shoulders widen out and he adds muscle to his frame, I fully expect him to become a top-5 prospect in 2023 before it’s all said-&-done. The young man is the real deal and is currently being recruited by UConn, North Carolina, Kansas, UCLA, Maryland, Arizona and Florida State.

Another young wing with prototypical size and the ability to fill up a stat sheet, Evans Jr has been a known Baltimore-area prospect for the past few years after cementing his status as one of the top scoring threats in the 2023 Class early on while balling with Poly Prep. He’s a little bit of a reach from a geographic point of view but I’ve been able to see so much of him over the last few years and he’s always mentioned alongside this group of prospects.

The lanky lefty owns one of the most dangerous outside shots in prep basketball but is also a strong rebounder and passer for his age. Evans, along with the three 2023 players in front of him (Wagner, Mgbako and Buzelis), could find himself at the top of these rankings when they’re updated again.

He currently owns offers from Texas A&M, Kansas, Memphis, Texas, USC, Maryland, Florida, LSU and many others heading into his junior campaign.

Playing up in age with one of the most talented 17U teams in the EYBL’s recent history, Wilcher never looked overmatched or overwhelmed and consistently stepped into whatever role the NY Rens asked him to play played this summer. His smooth, shifty, crafty and explosive skillset will be appreciated anywhere at the next level while his efficiency should go through the roof when he returns to the Nike circuit next season.

Bucket-Getter! If those aren’t the first two words that come to mind when you think of Starling, you haven’t seen him play enough. The 6’5” City Rocks-product was the center of every opponent’s defensive scheme but remained a dangerous scorer and facilitator in Jim Hart’s offense before catching COVID during Peach Jam.

Edwards spent this grassroots season playing at the 16U level, preparing to become Team Final’s main offensive weapon as they look to repeat as EYBL champs next summer. A long lefty frame and smooth mature game allow Edwards to remain at his speed regardless of what opposing defenses may throw at him. There will be no lack of motivation as he fights to be mentioned alongside his fellow 2023 prospects in the region over the next few years.

Miami, Maryland, UConn, Oklahoma State, Virginia, Georgetown, Syracuse and Auburn are just a handful of the high major programs who have offered Edwards heading into his junior season.

We only saw flashes of his best during the 2021 grassroots season but Cruz’s best is as good as almost any prospect in the 2022 class. He looked a little unsure of his role at times with the PSA Cardinals, getting caught between trying to be an all-around playmaker or elite scorer way too often. He owns the ability to do both at the highest level and is undoubtedly looking for a high major program that gives him the best opportunity to do so. While he's dropped in some national rankings, I'm still a huge believer in Cruz and think he's going to reach his potential at the end of the day.

Cruz averaged 10.6 Pts/4 Rebs/1 Ast/1 Stl per game during the EYBL season. The electric PG/Wing was expected to make a decision between Auburn, North Carolina and Creighton but recently decided to take a step back and re-open his recruitment. While it pissed off all the click-bait donkeys who depend on prospects like Cruz for content, it will allow the young man an opportunity to see things from a fresh perspective. And there’s NOTHING wrong with that! 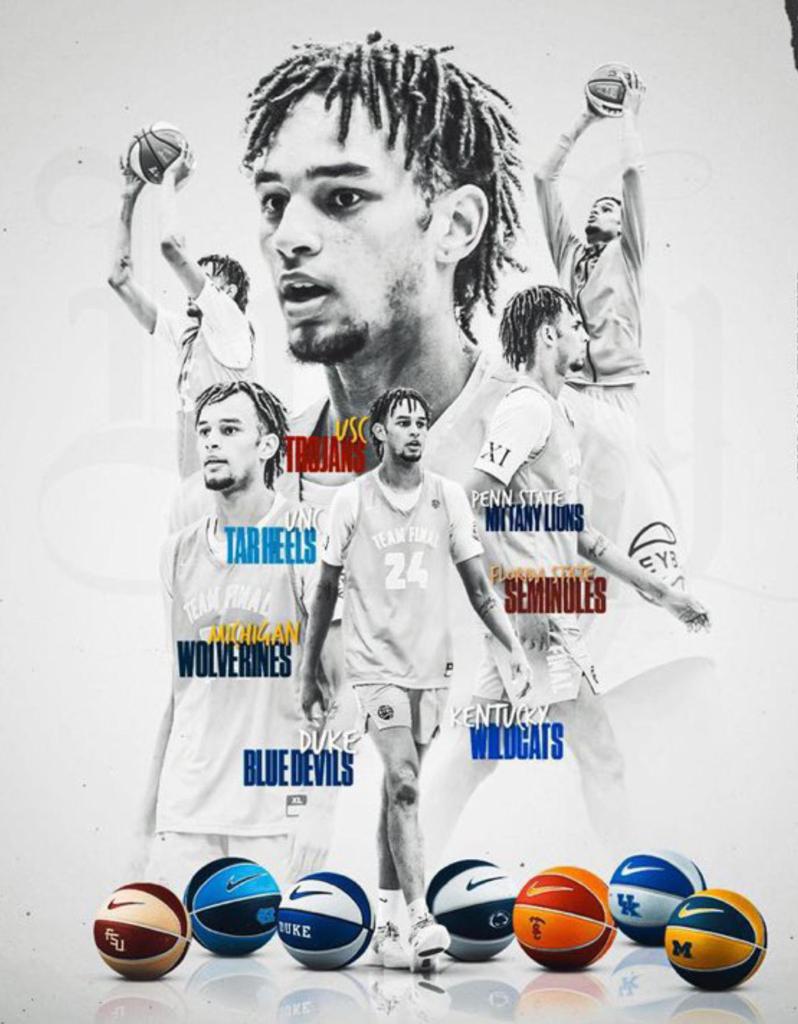 Lively's journey to the nation's top spot in 2022 has been as unique as any prospect in history! From quietly developing at a prep program known for producing pro talent to playing with two former #1's with Team Final this summer, Lively is ready to take 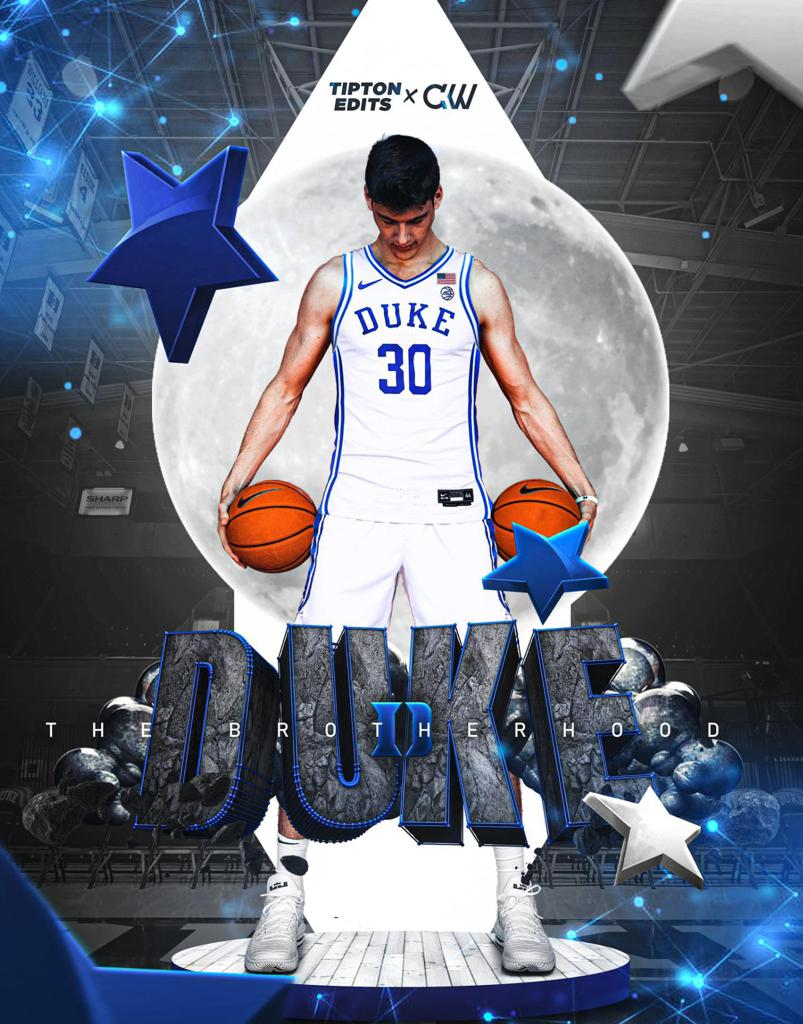 It took a while but the national scouts finally realized what anybody with their eyes open in the Northeast have known for a while: Kyle Filipowski is a top-5 prospect in the 2022 Class 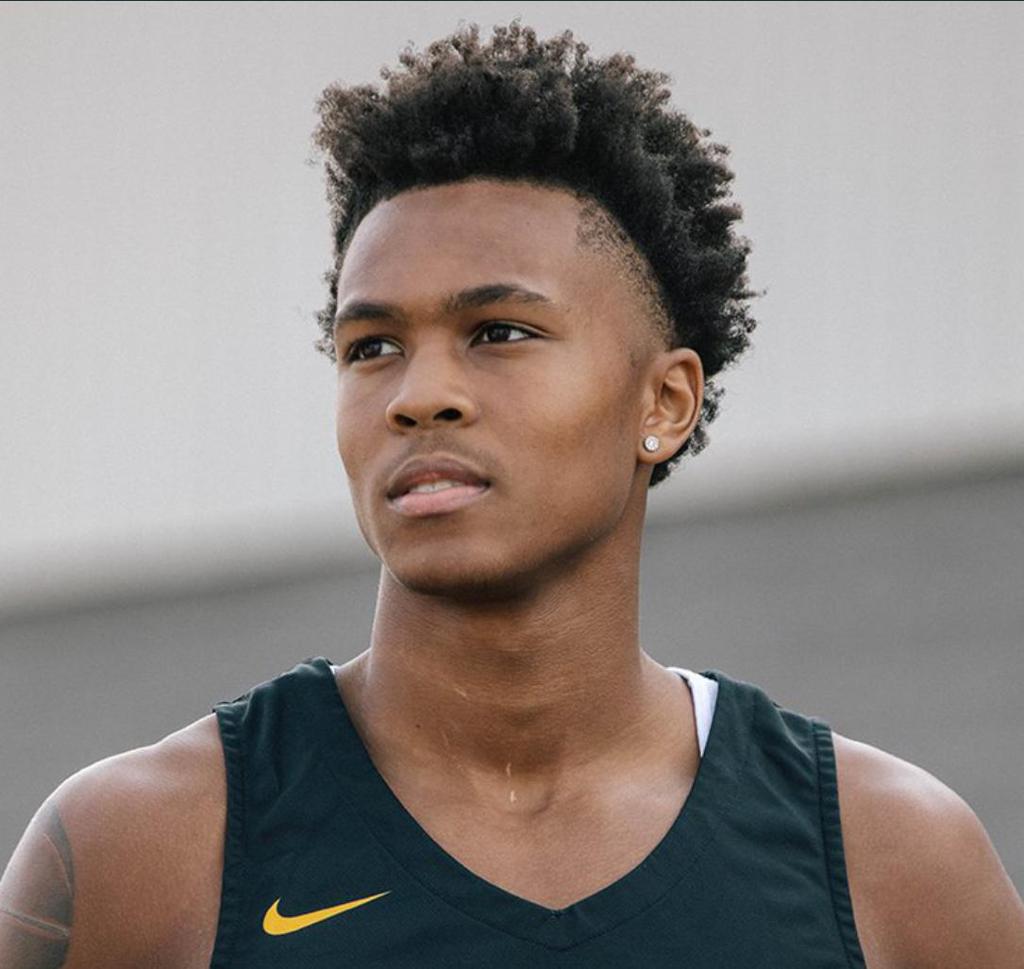 Bloodlines...Future Projection...Present Production...Wagner Jr has it all and it well on his way to becoming the 3rd member of his immediate family to play at the NBA level 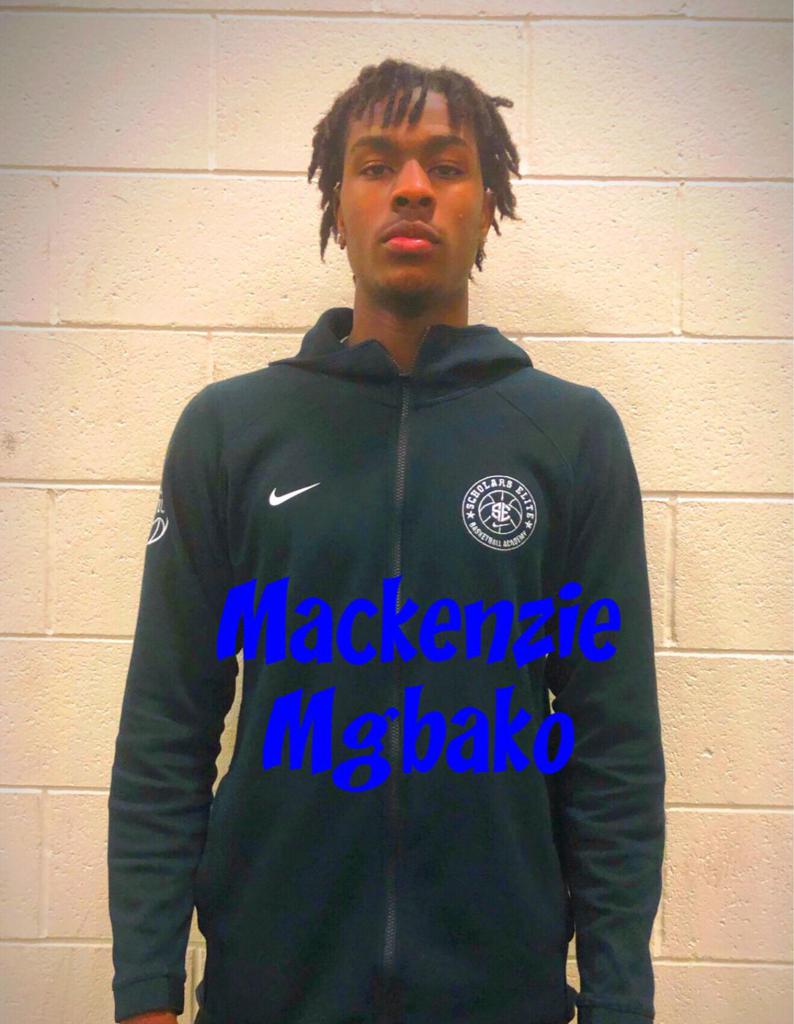 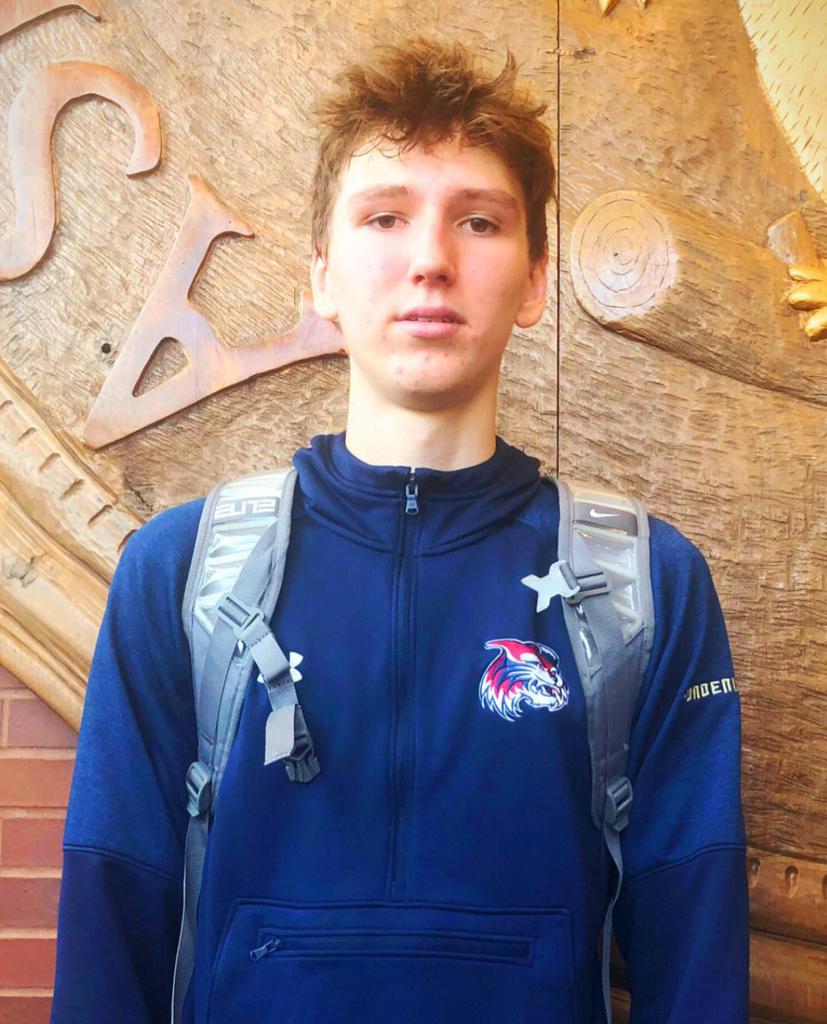 As his frame widens out and catches up to his mature game, Buzelis will become another in a long line of Brewster's can't miss prospects 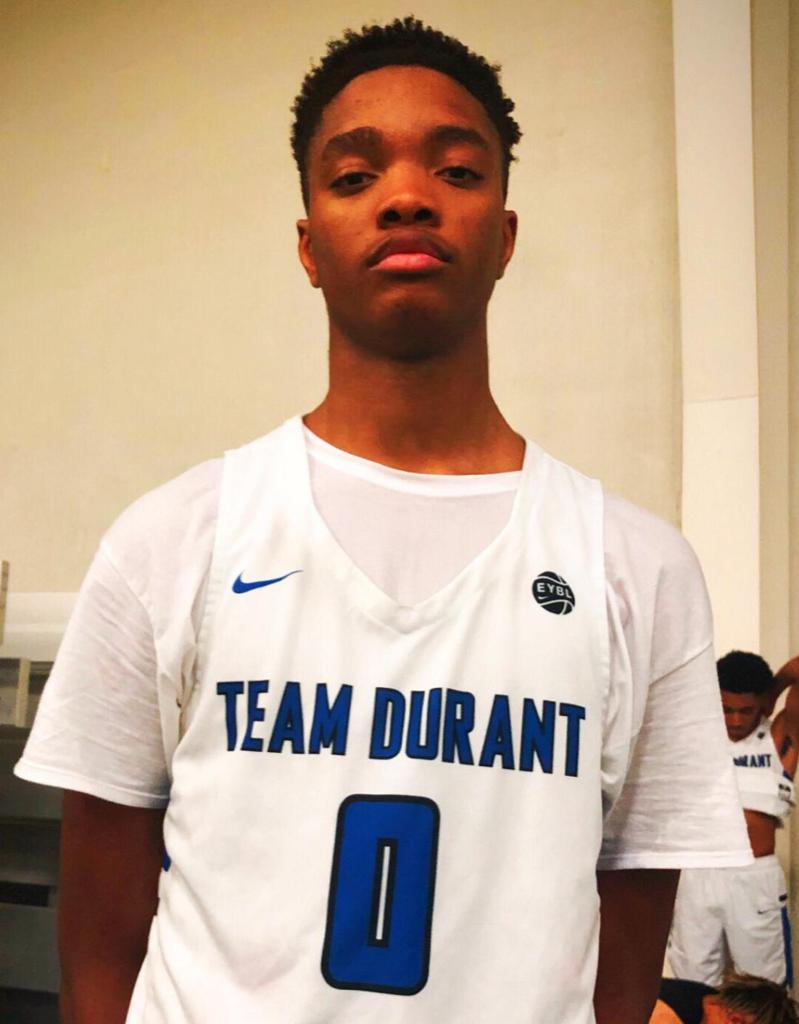 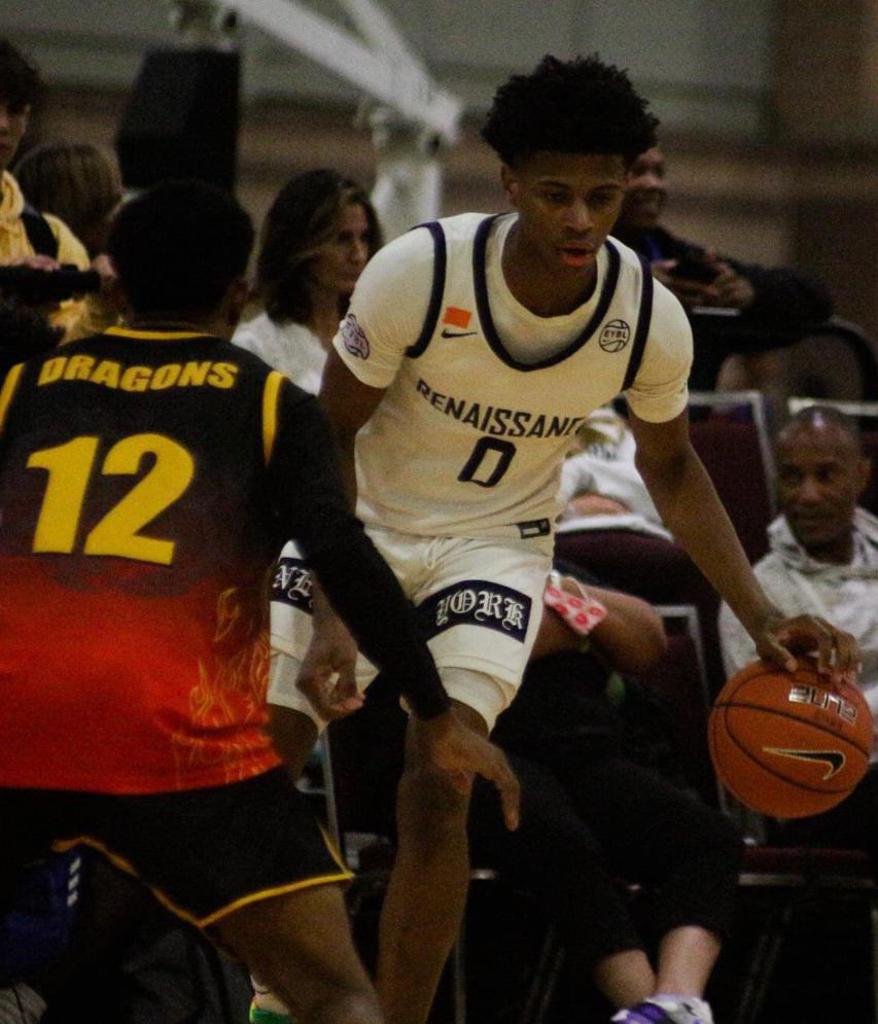 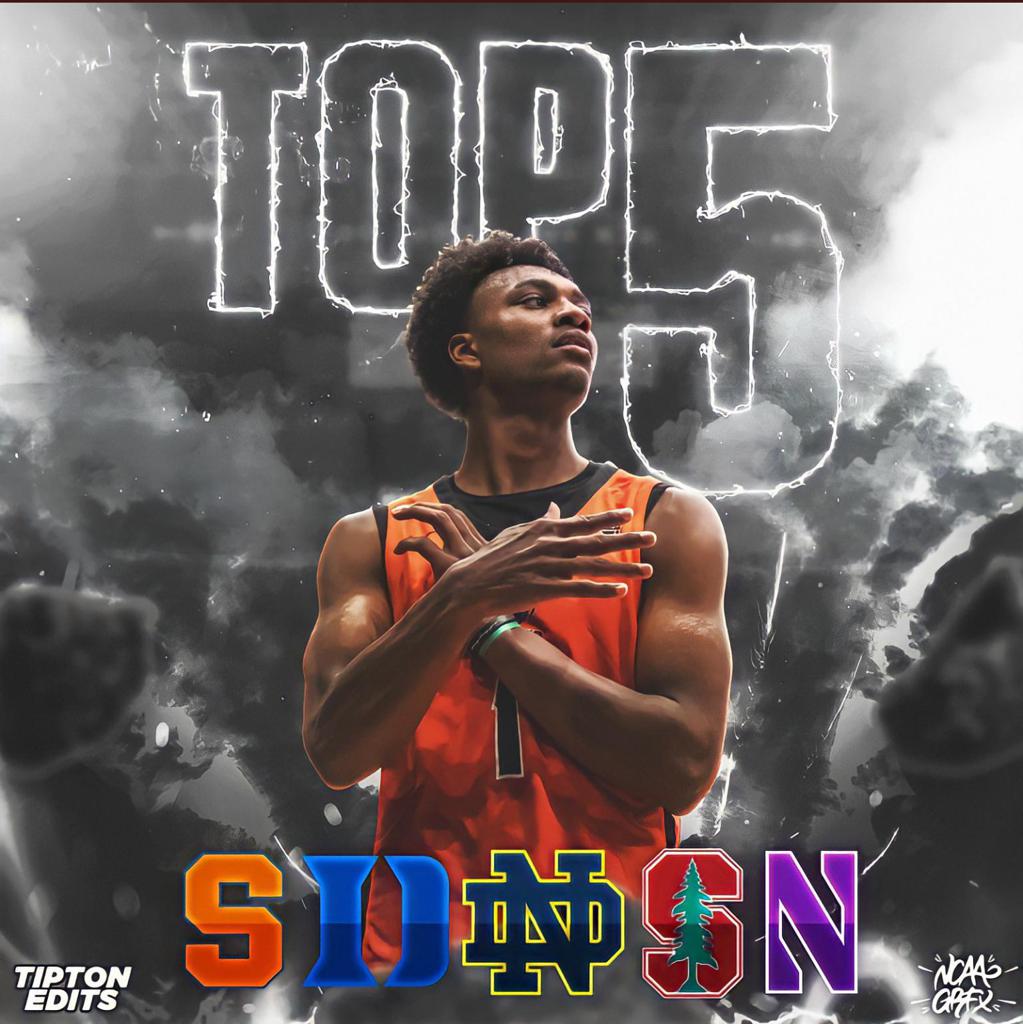 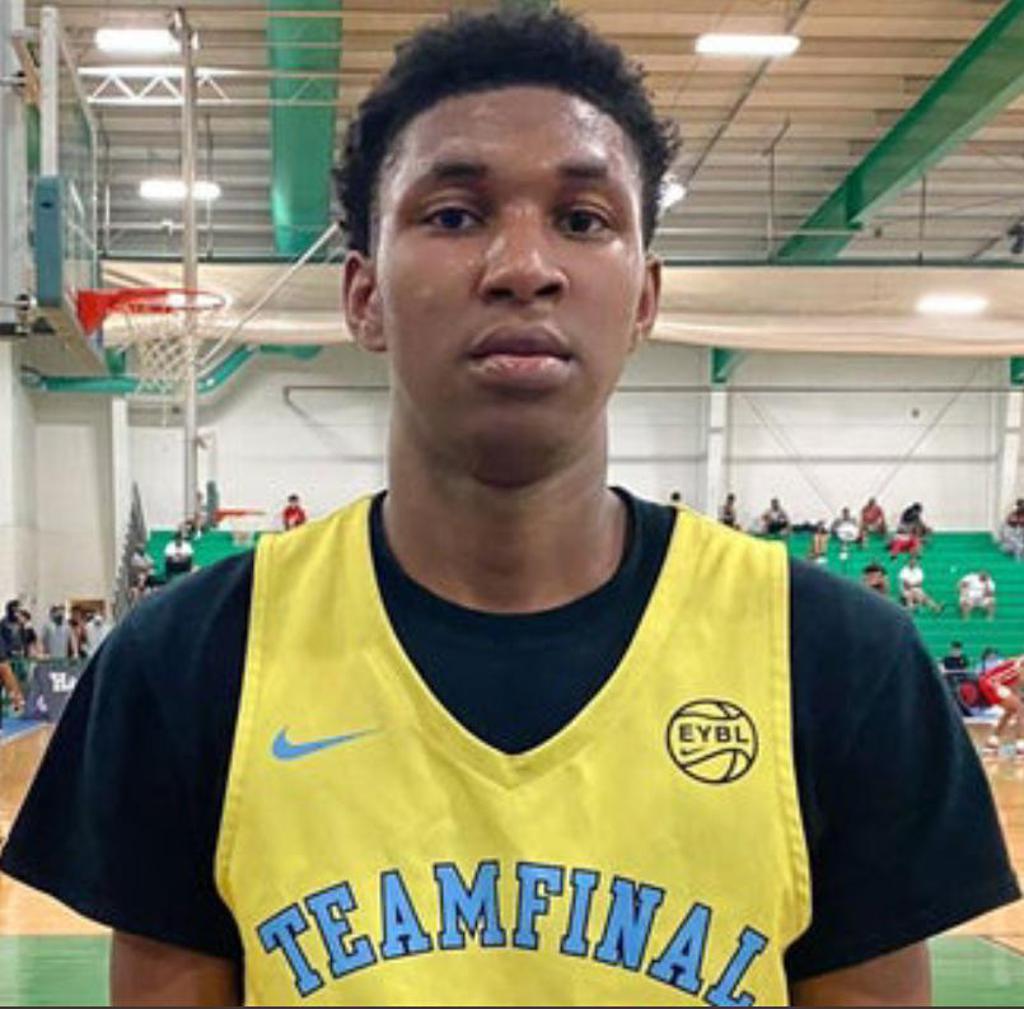 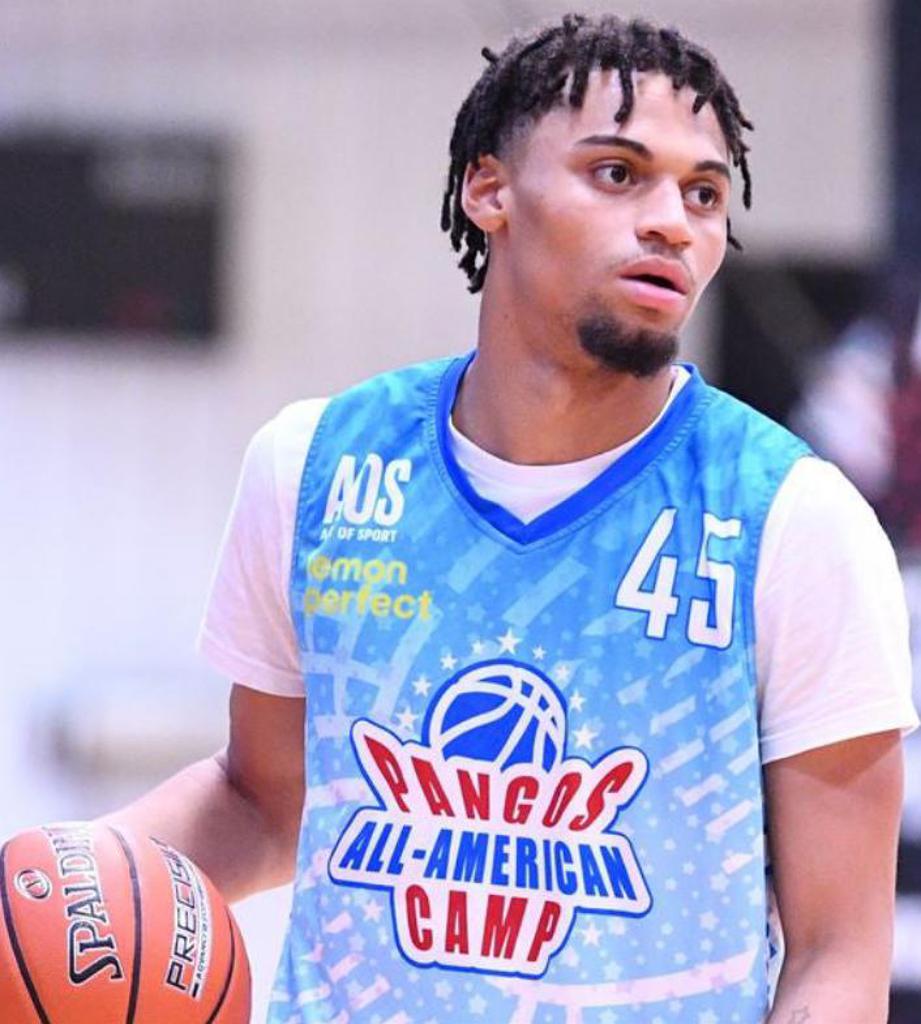 Cruz has decided to let his recruitment breath a little bit and re-evaluate things as they unfold. Regardless of where he ends up, the hyper-athletic PG/Wing is poised to be a difference maker