The inaugural Top Dog Camp went down at the Vale Sportsplex in Middletown, CT over the weekend. UConn-alum John Mandeldove organized the event with the intentions of bringing the region’s best big men together to form an environment that naturally creates competition and breeds future rivalries.

With a camp roster that featured dozens of D1 prospects and a handful of coaches who were fully prepared to provide instructions to the big fellas, Mandeldove’s venture was a complete success in year one.

Here's an in-depth look at the prospects who thrived within the setting and stood out among the rest of their fellow bigs….

The biggest name in camp arrived with an even bigger target on his back and handled it better than anyone could’ve expected. Whether he was showcasing his advanced footwork during individual drills or dominating his 1-on-1 matchups, Clingan proved that he was operating on a different level throughout the day.

Blessed with physical attributes that simply can’t be taught, Clingan is already a priority recruit for a number of the nation’s top programs. UConn, Syracuse, Michigan State, Georgetown and Notre Dame are just a few......

Over the last 12 months, some wondered whether Momah would remain an undersized big man prospect or develop his offensive skillset to take advantage of his phenomenal length/strength package on the wing. Momah’s performance at Top Dog Camp answered most of those questions and gave coaches at the Mid/High Major levels a ton of reasons to be intrigued moving forward.

Working with a chiseled 6’7.5” frame and a 7’3” wingspan, Momah confidently handled the ball in the open floor and in halfcourt settings. When he wasn’t attacking the rim with reckless abandon, he was knocking down 3’s/mid-range jumpers and creating open looks for teammates on the perimeter.

Momah’s shot mechanics are still a work in progress but there’s beauty in his basic actions and easy release. His reliance on a strong, stable foundation almost guarantees that he won’t take bad shots or force things when a defender has the advantage. As Momah continues to strengthen that area of his game, it will force defenders to close out and allow him to use his explosive athleticism to wreak havoc on the offensive end. He’s far from a finished product but the future is extremely bright for the PSA Cardinals prospect.

I was interested to see how Anya was going to back up a breakout performance that earned him a spot on the 2020 Battle of New England All-Tourney Team last weekend. It didn’t take long for the young man to let everyone know that he plans on making a big impact every time he takes the floor from now on.

Anya realized that he was one of the more advanced ball-handlers in the camp early on and used it to his advantage. During 5-on-5 play, he kept it simple and took whatever the defense gave him. If defenders closed out hard, Anya attacked the rim. When defenders stepped back, he drilled 3’s. Watching a young prospect have success while sticking to the script and making the right plays is exactly what coaches and scouts want to see in a camp setting. It’s also rare.

His herky-jerky actions and somewhat awkward style will make him an acquired taste for college coaches but it will also ensure that Anya ends up at a program that values his abilities and knows how to use him. The young man’s work ethic, athleticism, fearlessness and advanced instincts will take care of the rest.

Talk about long-term potential and an extraordinarily high ceiling. There’s a reason why programs like Rutgers, Iowa and George Mason have already extended offers to the rising sophomore: The 6’8” wing owns the frame, game and work ethic to be one of the best players in the National Class of 2023.

Before the camp had officially even started, Bowen introduced himself by begging to get in on a shooting drill that he’d never seen or attempted before. He proceeded to work through the drill with more efficiency and at a higher success rate than guys who currently call The Bubble their home.

His ability to diagnose issues and make adjustments between reps was a reflection of his intelligence. The fluid motion and consistent release point within his shot mechanics is a direct result of his elite work ethic.

Bowen plays with a contagious passion and confident swagger while endearing himself to teammates the entire time. He finishes above the rim with ease while instinctively avoiding defenders with polished footwork and long strides that can’t be taught.

Late in the day, I informed him of my only real concern.

After laughing it off initially, he realized exactly what I was referring to and he's probably added to his repertoire already. The physical tools are undoubtedly there and the competitive fire burns bright inside the boy. Once that killer mentality appears, it's gonna get ugly!

Bottom Line: The sky is the limit for Taylor Bol Bowen!

Fortes wouldn’t describe himself as a big man and has no plans of manning the middle once he reaches the next level. The only thing he recognized this past weekend was an opportunity to compete against some of the region's best prospects and fighters like Fortes don’t turn down opportunities to battle.

The 6’7” New Bedford native also recognized where his physical advantages were against his taller opponents and exploited them from start-to-finish. He was a menace on the defensive end and confidently acted as his team’s primary ball-handler for extended stretches. His athleticism, toughness and creativity left an impression on multiple scouts who were in attendance.

Fortes is still in the infancy stages of his prospect development, which is a scary thought considering the impact he had on the camp. As his game matures and he defines his role for The BABC’s talented 2023 squad, D1 coaches will fall in love with the energy and passion this young man brings to the table.

OTHER NOTABLE MEASUREMENTS FROM THE 2020 TOP DOG CAMP 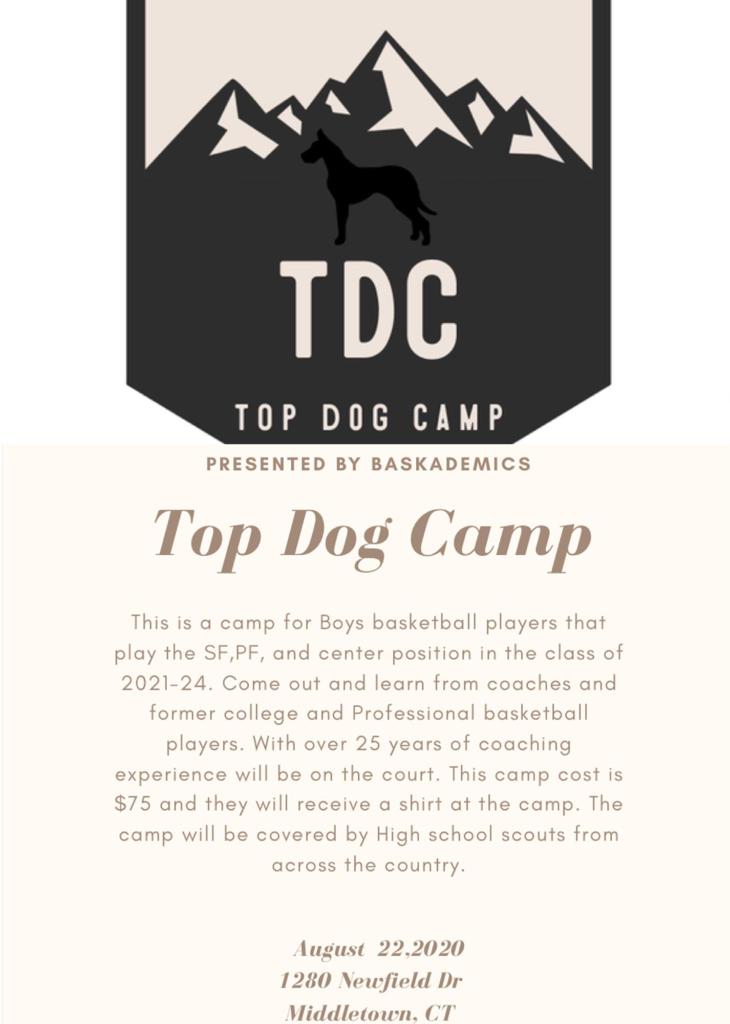 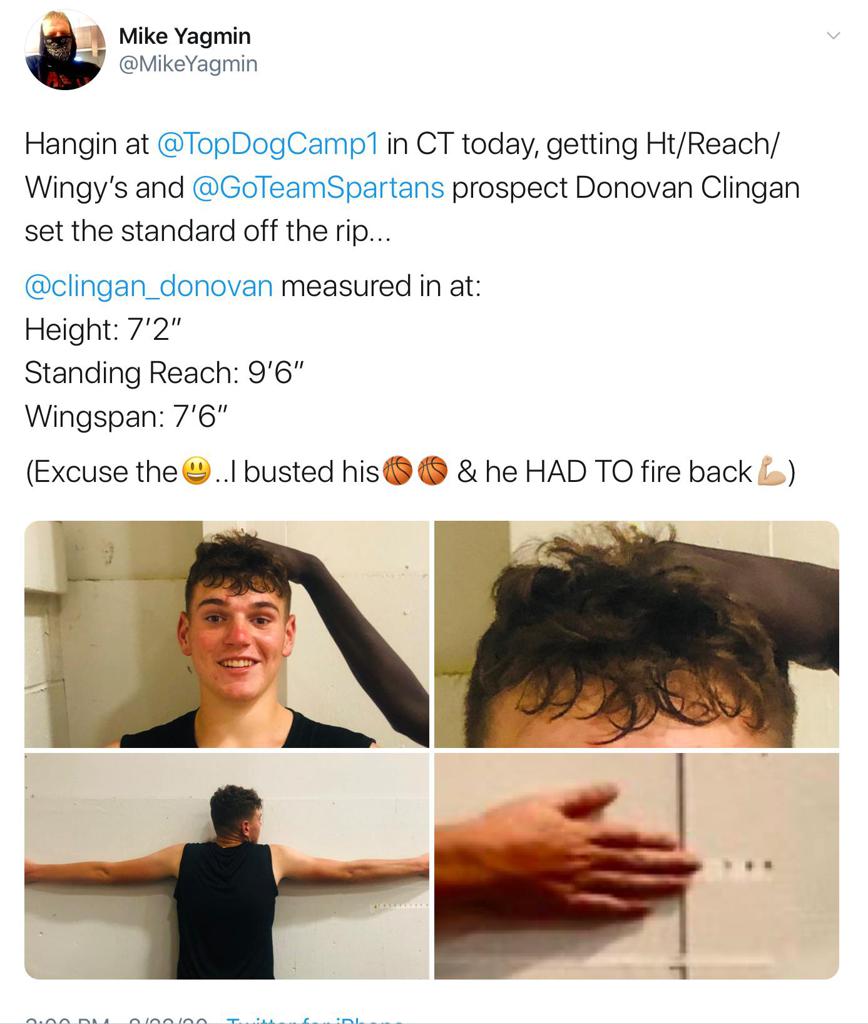 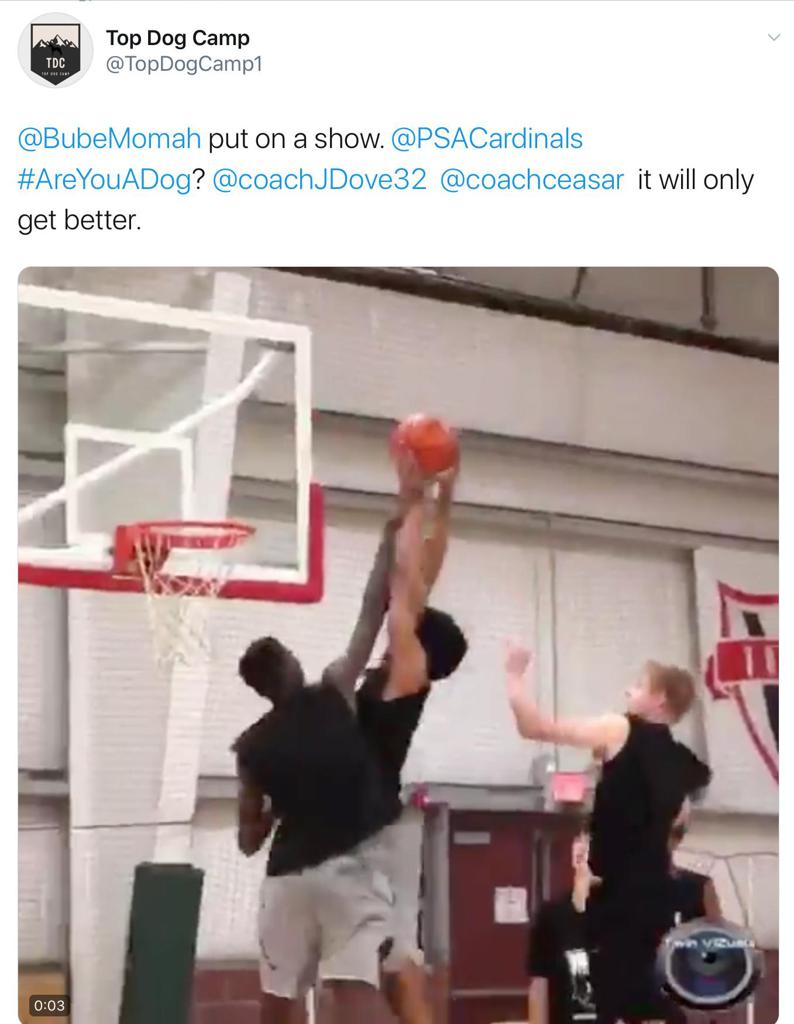 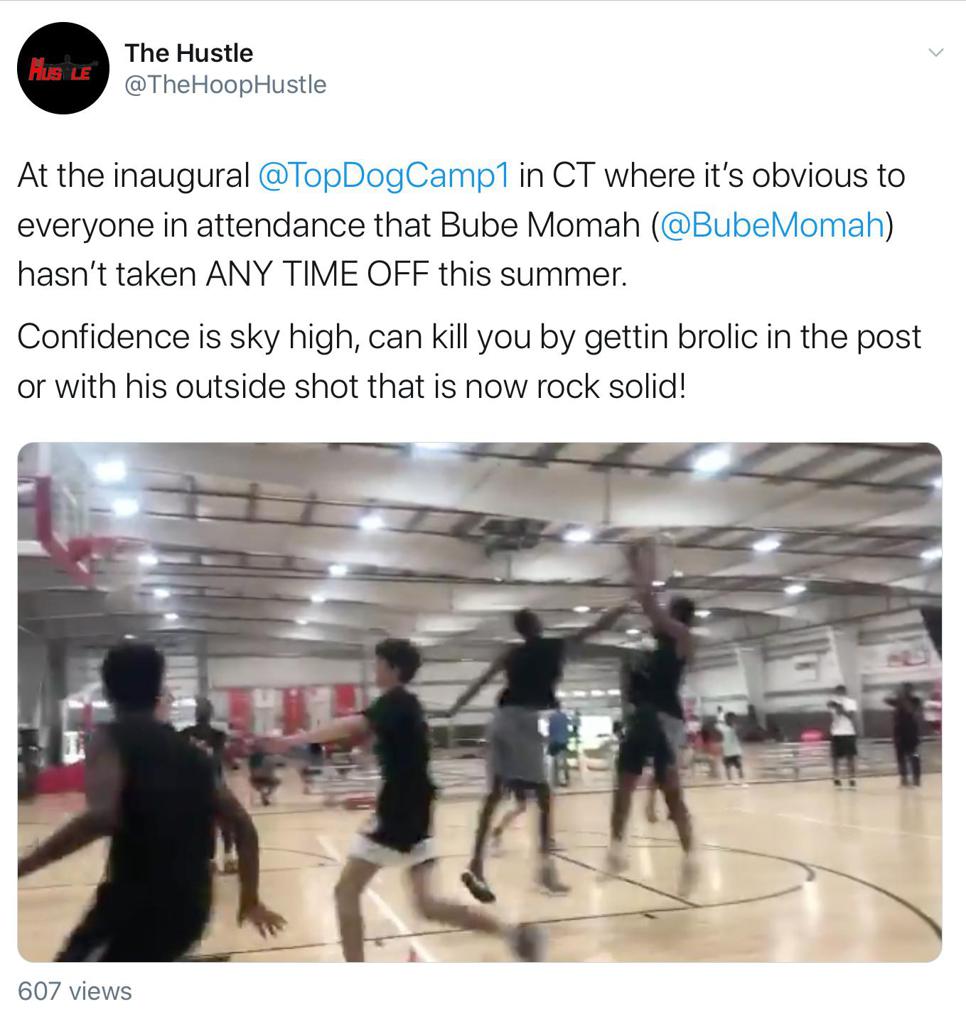 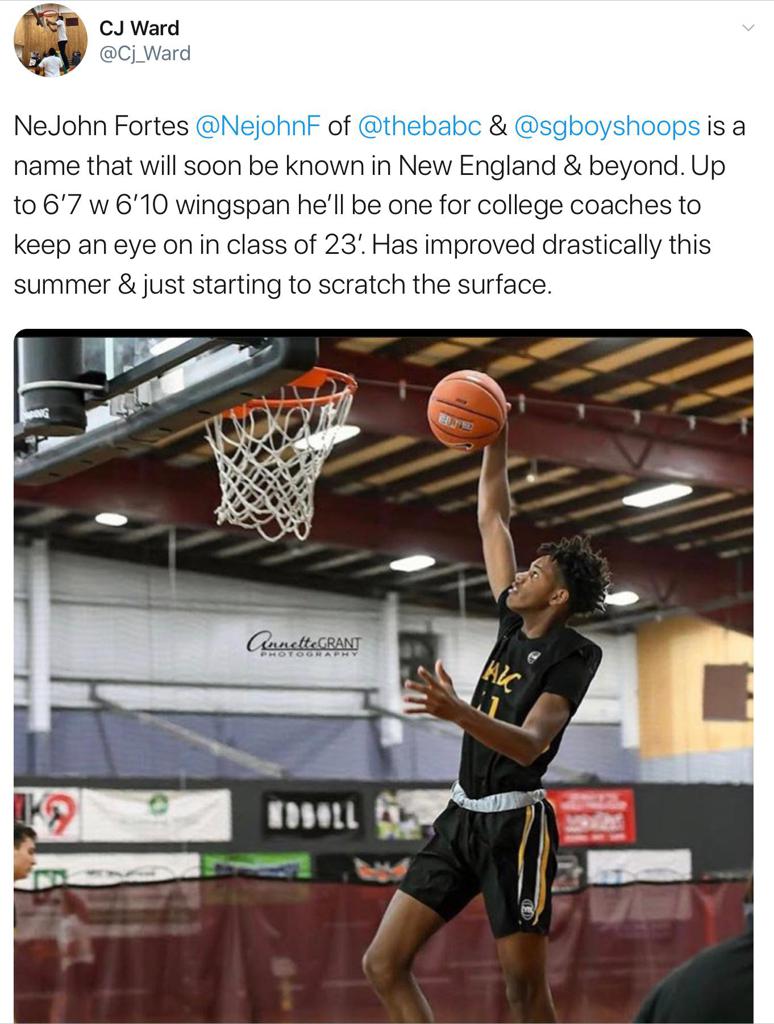 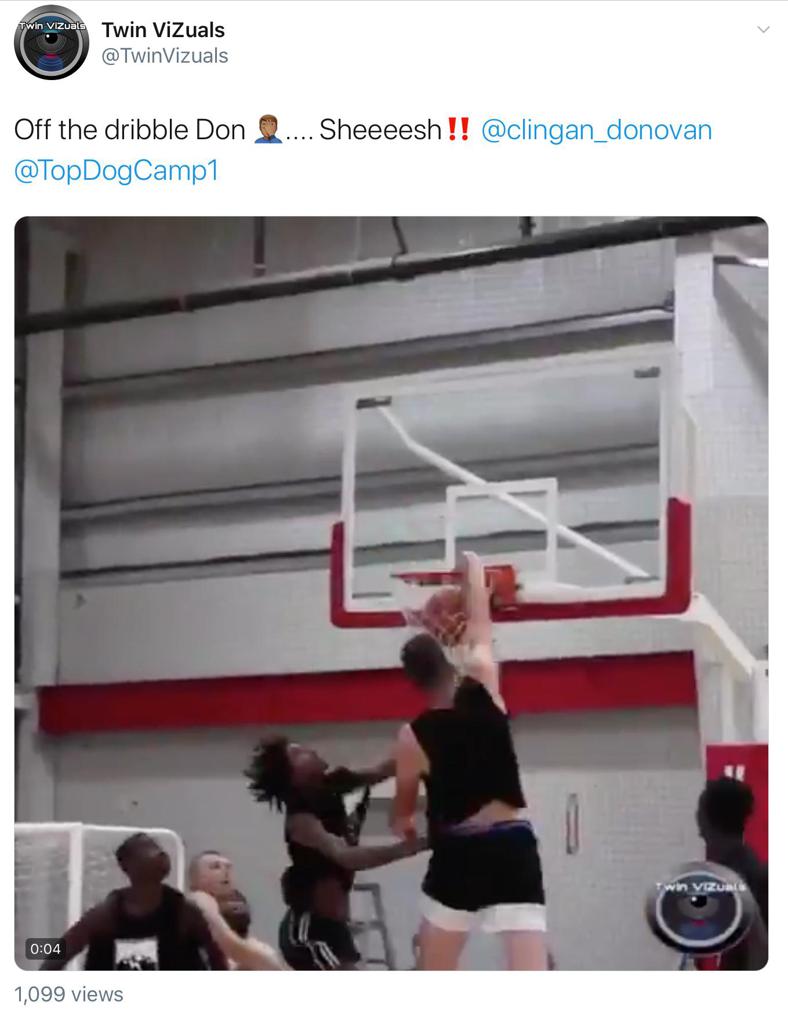 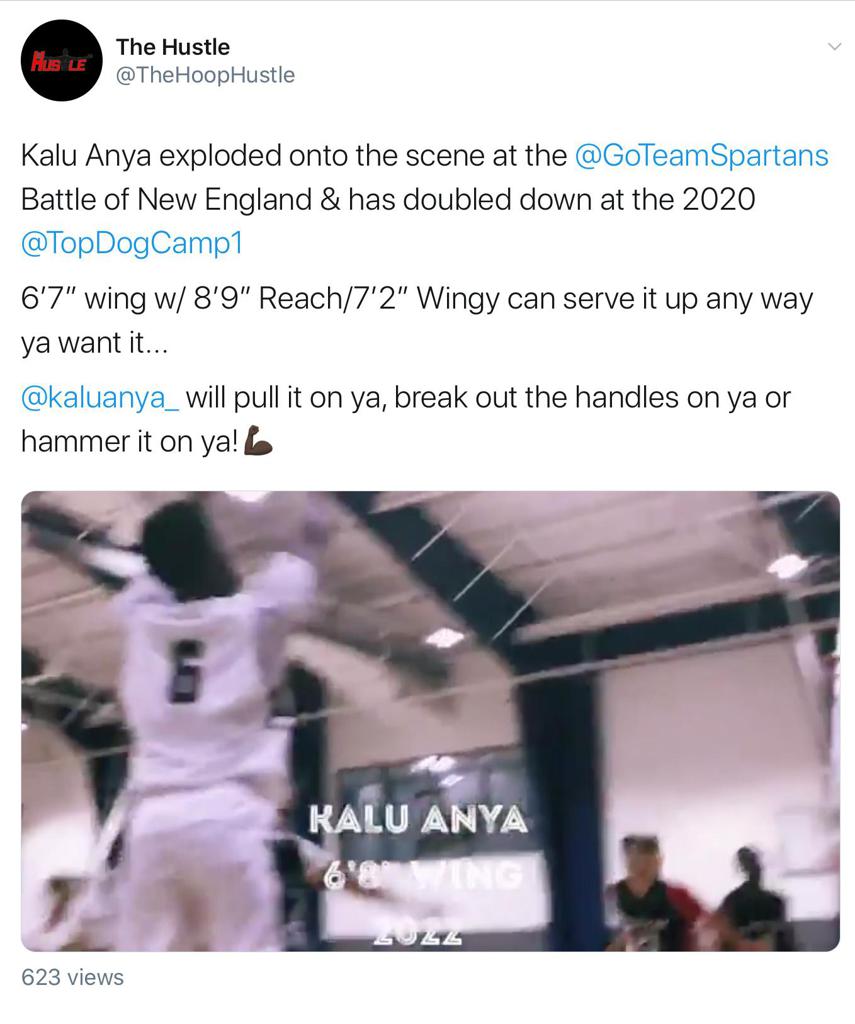 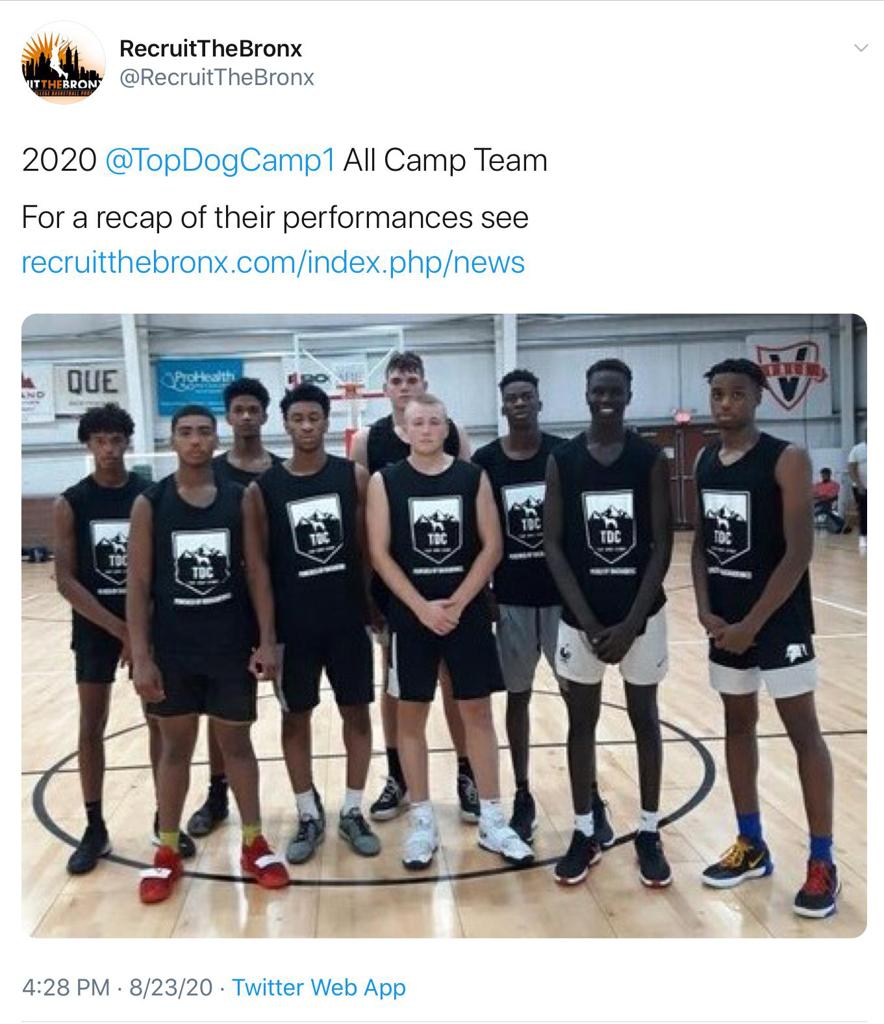