Now that Thanksgiving break is in the rear view, the ’19-’20 New England Prep Basketball schedule will shift into full gear and organically produce dozens of matchups that will have postseason implications when March rolls around.

Here’s a look at some of those matchups and a preview for the week ahead…..

SCA has been laying in the cut, beating the bag outta their early-season opponents and waiting for their opportunity to prove that the program is on it’s way back to prep prominence. Femi Odukale & Co. get that opportunity on Wednesday night when they travel to Putnam for a mid-week rumble.

Odukale is in the midst of his own mission to prove that his name deserves to be mentioned alongside the best prospects in New England’s 2020 Class. The 6’5” Point Guard is at his best when he’s attacking the rim, distributing the ball and creating open looks for his teammates. It’s one of the rare cases where an entire team reaps the rewards while a single player dominates the game. It’s also a beautiful thing to witness.

Programs from the ACC, Big 12 and SEC have shown interest in Odukale recently. It's only a matter of time before that interest turns into scholarship offers for the Brooklyn-native.

Regardless of how well Odukale plays, winning at Putnam Science is a formidable task. The last time PSA lost a true home game was on December 12, 2017 when a fearless Our Savior Lutheran squad left with a 113-112 win on Jared Rhoden’s (Seton Hall) buzzer-beating bank shot triple as time expired.

In Case You Missed It.... Jared Rhoden, @SetonHallMBB Commit and @OSLBasketball guard knocks down the contested 3 to beat @PSAhoops 113-112! Rhoden had 40 and hit 10 3’s in the win. pic.twitter.com/bZnoEVMSez

There’s a Queens-native who saw the way things went down two years ago and is hellbent on never allowing it to happen again.

“That’s the type of loss that sticks with you forever. We won the National Championship that year and it still bothers me. You’re not a competitor if something like that doesn’t stick with you, if you can’t feel that pain and if it doesn’t motivate you,” said Hassan Diarra, a Texas A&M-commit who is the only player on the ’19-’20 PSA roster who experienced the OSL loss. “Our home court is special because the fans are right on top of you, just like our defense. That trap, that double team is always coming and we’re relentless with it. We wanna suffocate our opponents, force them into bad decisions and make them panic. We’ll really do whatever it takes to win because we're not trying to be a part of something like that (the OSL loss) ever again.”

A pair of tough, rugged, competitive MFers will lead their team into battle on Wednesday night but only one of them will walk away with the win. The way that they arrive at the final result promises to be worth the price of admission.

Vermont will make their AAA debut this week after a refreshing move up in the NEPSAC ranks this offseason. If more programs were focused on facing the best possible opponents, instead of inflating their win total year after year, everybody would benefit. Vermont will now square off against Brewster, NMH, St. Thomas More and New Hampton at least twice this year. That means…

….if it also means a few more losses at the end of the year, who gives a fuck?!? It’s all about PREParing our players for the next level, forcing them to find ways to react positively when they face discomfort and teaching them how to succeed in hostile environments.

I give HC Alex Popp a lot of credit for embracing the challenge and moving up. It’s not going to be easy, especially when you’re facing Jahmyl Telfort and New Hampton’s veteran-laden squad. But, hopefully, it’s the beginning of a new trend.

The development of Canterbury junior Sean Durugordon is going to be exciting to watch over the next few years. This is just the first of many steps for the high-ceiling wing.

How will Indiana-commit Jordan Geronimo adjust to being the focal point of every team’s defensive game plan? There’s only one way to find out...

The young man has the potential to play this game at the highest level and for a very long time. He'll have to fall in love with the pressure of being a primary offensive weapon at every stop along the way though. It starts now.

“The Mike Hart Holiday Festival” is always a good take. You get to catch a diverse group of prep teams from up-&-down the East Coast, plus a handful of talented Canadian programs who feature at least a few high-major prospects on an annual basis.

Reece Brown (UNLV-commit) and RJ Blakney (Dayton) automatically make Loomis one of the favorites to win the NEPSAC-A conference crown. With a ballsy vet like Josh Menard and a top-100 prospect in 2021 –Nate Santos- due back at some point during the season, they’ll have the ability to compete with anyone in the NEPSAC on any given night.

Worcester just so happens to be the NEPSAC-AA version of that. They’ve got a lot more size along the front lines with Josh Ogundele (Iowa) and Mike Rabinovich (Holy Cross) to go along with a little more depth on the perimeter with Quest Harris, Dasonte Bowen and Judson Martindale (Holy Cross). Harris is going to have a monster year. BELIEVE THAT!

The 6’ pitbull Point Guard should already own a dozen mid/high-major offers based off his ability to run a team alone. But Harris brings so much more to the position and his skillset is evolving every day. The fact that D1 coaches haven’t recognized it yet only makes him hungrier and keep the chip on his shoulder.

This one should come down to the wire and feature a bunch of highlights.

This one goes down at Marianapolis Prep on Saturday and Sunday, with a handful of strong games and D1 prospects littered throughout.

Beaver is pretty damn good. Anthony Morales (Boston University) looks primed for a big year while Aaron Cooley and Gabe Spinelli are two of the most predictable breakout candidates in the region. They’ll have to deal with Durugordon and Michael Graham (Elon), who give Canterbury the ideal type of Wing/Big combo to play through. it should be a battle. 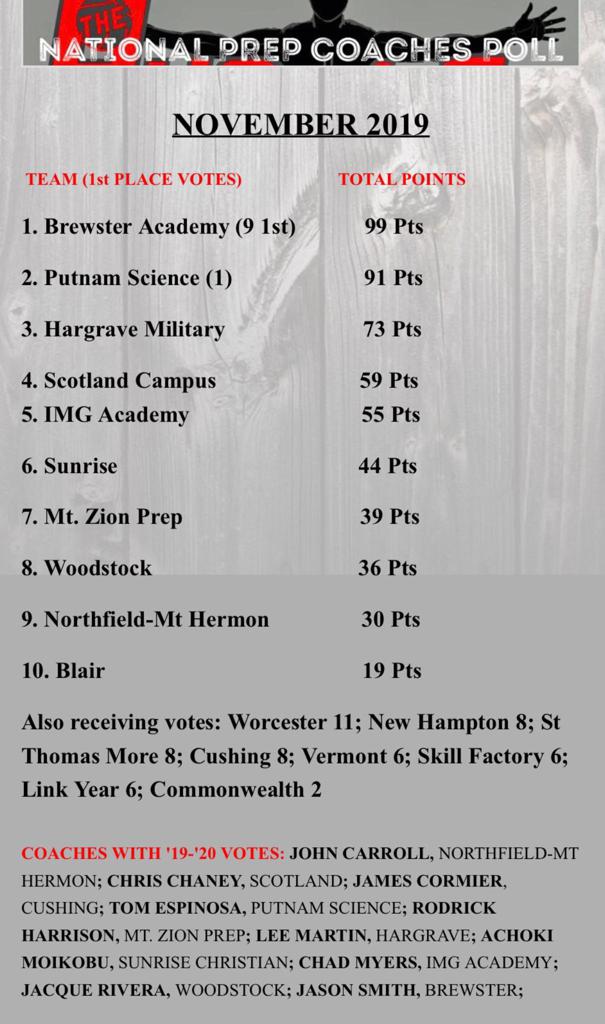 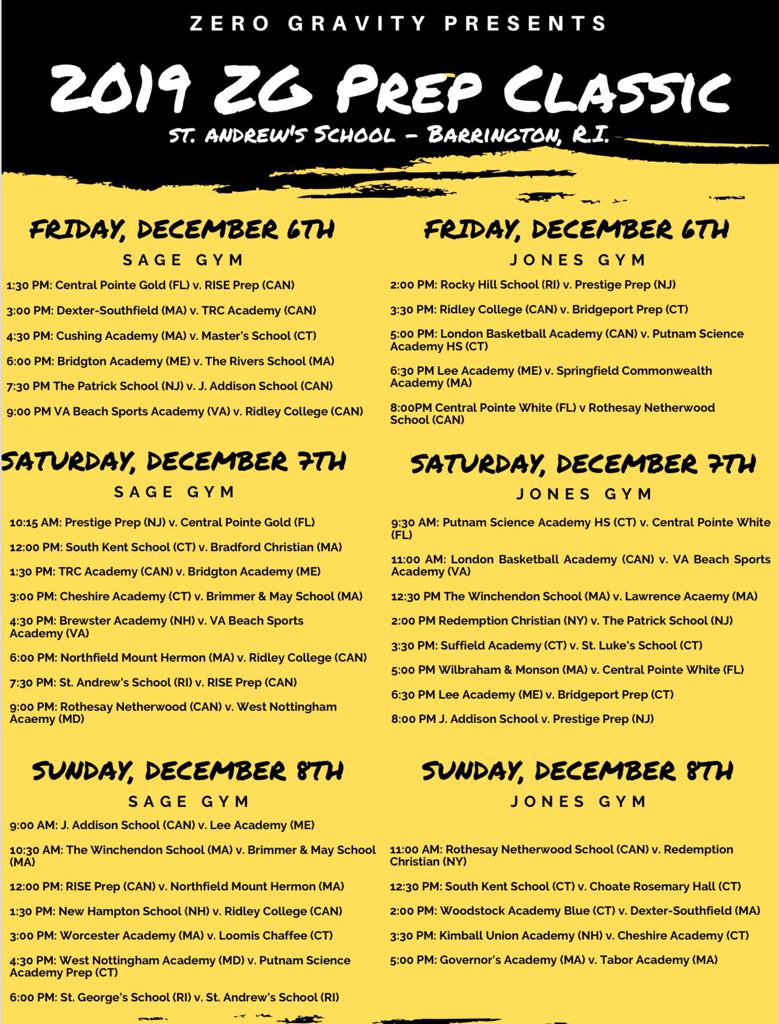 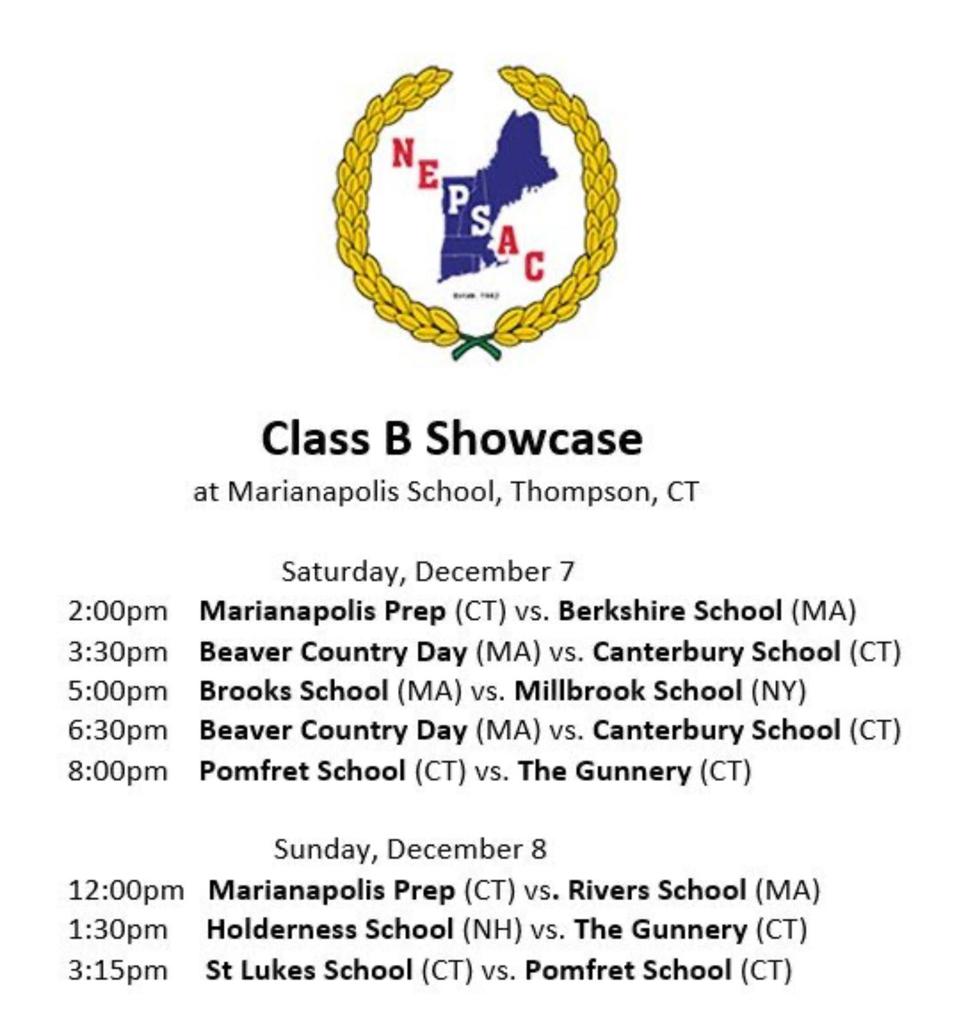