The ’19-’20 prep season isn't even here and it already feels like it’s flying by! With the first month of Open Gyms already in the books, we’re only a month away from kicking off the prep season at the 2019 Caribbean Tip-Off Classic in The Bahamas on November 1st.

Visits to prep programs throughout New England have provided plenty of reasons to look forward to the season. Here are just a few….

BREWSTER WILL BE THE FAVORITES…AGAIN

In 2017, Brewster went 37-0 en route to a National Prep Championship behind the explosive and dependable guard play of Curtis Haywood (Georgia Tech before transferring to Tulsa), Makai Ashton-Langford (Providence/Boston College), Thomas Allen (Nebraska/NC State) and Mike Okauru (Florida/UNC-Wilmington). While the group has seen mixed results at the college level, they forced opponents to pick their poison on a nightly basis during their time in Wolfeboro and wreaked havoc on the national prep scene from start-to-finish. HC Jason Smith has a similar group of dynamic playmakers leading his team in ’19-’20.

The defending-National Champs return 6’7” wing Terrence Clarke (Kentucky-commit) and 6’1” wing Jamal Mashburn Jr. from last year’s squad, in addition to newcomers 6’7” wing Matt Cross (Miami-commit), 6’1” PG/wing Marcus Dockery (Maryland-commit), 6’5” wing DeMarr Langford (Boston College-commit), 6’5” PG/wing Kadary Richmond and 6’3” PG/wing Javohn Garcia into the mix. The group’s toughness and diversity will allow Smith to confidently run out smaller lineups, some that feature the rugged Cross as a Big, without conceding anything on the boards.

Clarke, Cross and Richmond all own the ability to beat defenders off the bounce and get into the lane on demand, which will force Brewster’s opponents into similar pick-your-poison situations that they faced in 2017. Wing defenders will be forced to collapse into the paint with help or remain glued to dangerous shooters on the perimeter. It’s bound to create an abundance of wide open catch-&-shoot looks and a ton of 1-on-1 opportunities at the rim, two areas where Brewster's talent will win the majority of the time.

If that wasn’t enough, Brewster will also have a young 5-star talent in the middle. 6’11” big Alex Tchikou, a 2021 prospect from France, showcased his versatility by drilling fluid 15-foot jumpers and taking smaller defenders off the dribble on multiple occasions. If he can simply become a defensive force as a rim-protector and finish drop-off passes with dunks, Tchikou could be one of the most efficient weapons in New England in ’19-’20.

A wise man once said: “Never let ‘em know your next move. Don’t you know bad boys move in silence and violence?”

Even though Biggie Smalls was referring to some rules for a completely different type of game with that line 25 years ago, his words describe Jahmyl Telfort’s opening month at New Hampton perfectly.

After spending the last two seasons at Canadian powerhouse Thornlea, the 6’7” wing was forced to find a new home when the program’s funding was ruthlessly cut from the school budget. His former coach, Charlie Hantoumakas, landed a job with a professional team in China while his loyal wingman, Keeshawn Barthelemy, decided to reclass back to 2019 and head to the University of Colorado. Telfort landed in New England and gives his current coach, Andrew Gale, a dynamic two-way weapon to work with in his first year at the helm of the Huskies program.

Despite holding offers from Georgetown and West Virginia prior to making his way to the NEPSAC, Telfort’s name has flown under the radar but his game is guaranteed to change that sooner or later. There simply aren’t many wings with the ability to defend the opposing team’s best player without dramatically sacrificing their own offensive production on the other end.

Telfort’s motor and raw yet ever-improving skillset are bound to catch the eye of more high-major coaches once the season starts. I’m shocked that they haven’t already!

As a handful of coaches settle into new jobs and the usual prospect merry-go-round runs it’s course, the ’19-’20 season is being viewed as a transition year for more than a few programs across New England. Worcester Academy is not one of those programs.

HC Jamie Sullivan returns four D1 prospects who are also battle-hardened NEPSAC veterans. 6’7” wing Judson Martindale, versatile 6’10” inside/outside threat Mike Rabinovich and 6’10” bruiser Josh Ogundele have seen their recruitments explode over the last 6 months. Martindale currently holds 17 scholarship offers from high-academic and mid-major programs across the country. Rabinovich has earned 7 of his nine offers since the end of July, mostly from programs in the Northeast. Ogundele will continue adding offers as long as he continues dropping weight, something he’s done extremely well over the last few months. He recently earned an offer from Iowa after an open gym last week.

Ironically, the most under-recruited prospect in Worcester’s Core-4 is the man who keeps everyone fed. Quest Harris, a 6’ Point Guard in his 3rd year at WA, has answered the bell at every turn during his career in the NEPSAC and in the EYBL with The BABC.

Yet, there has always been one major question when it comes to Harris’ ability to lead a team at the D1 level: Can he knock down shots?

Heading into his final prep season, Harris is hellbent on putting an end to that question and turning the lone weakness in his skillset into another strength. Contrary to the conversations we’ve had in the past, Harris was confident about the work he’s been putting in on his jumper and passionate when we spoke about shot mechanics after WA’s open gym last week. Hearing him talk about his focus on getting to a 90-90-90 position and the importance of proper hand placement on every shot was promising in itself.

Work ethic has never been -and never will be- the issue. It’s just a matter of putting up the right reps, and Harris is doing that more than ever before.

It’s hard to overstate Harris’ impact on The BABC and Worcester programs over the last few years. Don’t be surprised if we look back and Harris is making a similar impact at his future D1 program. 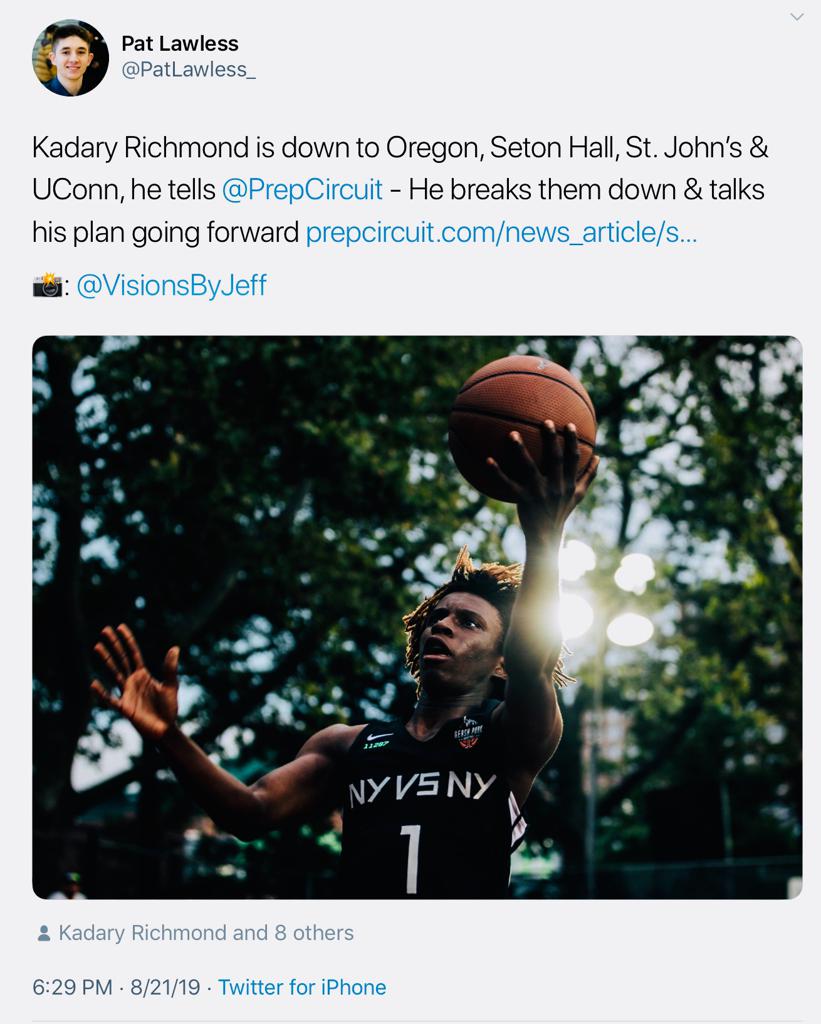 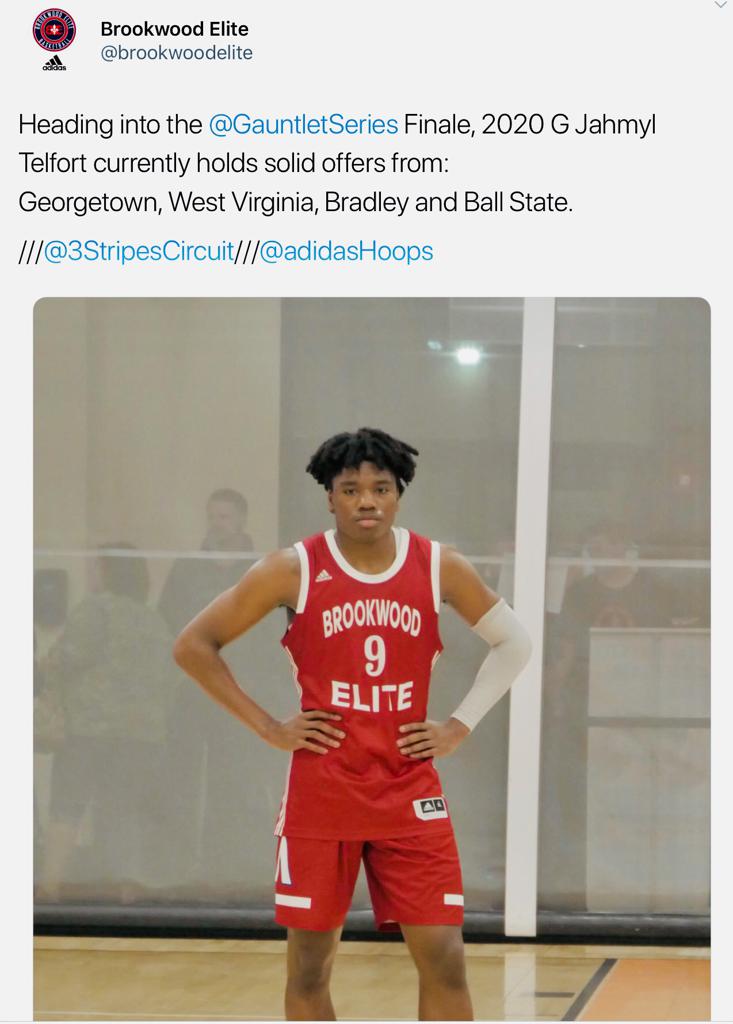 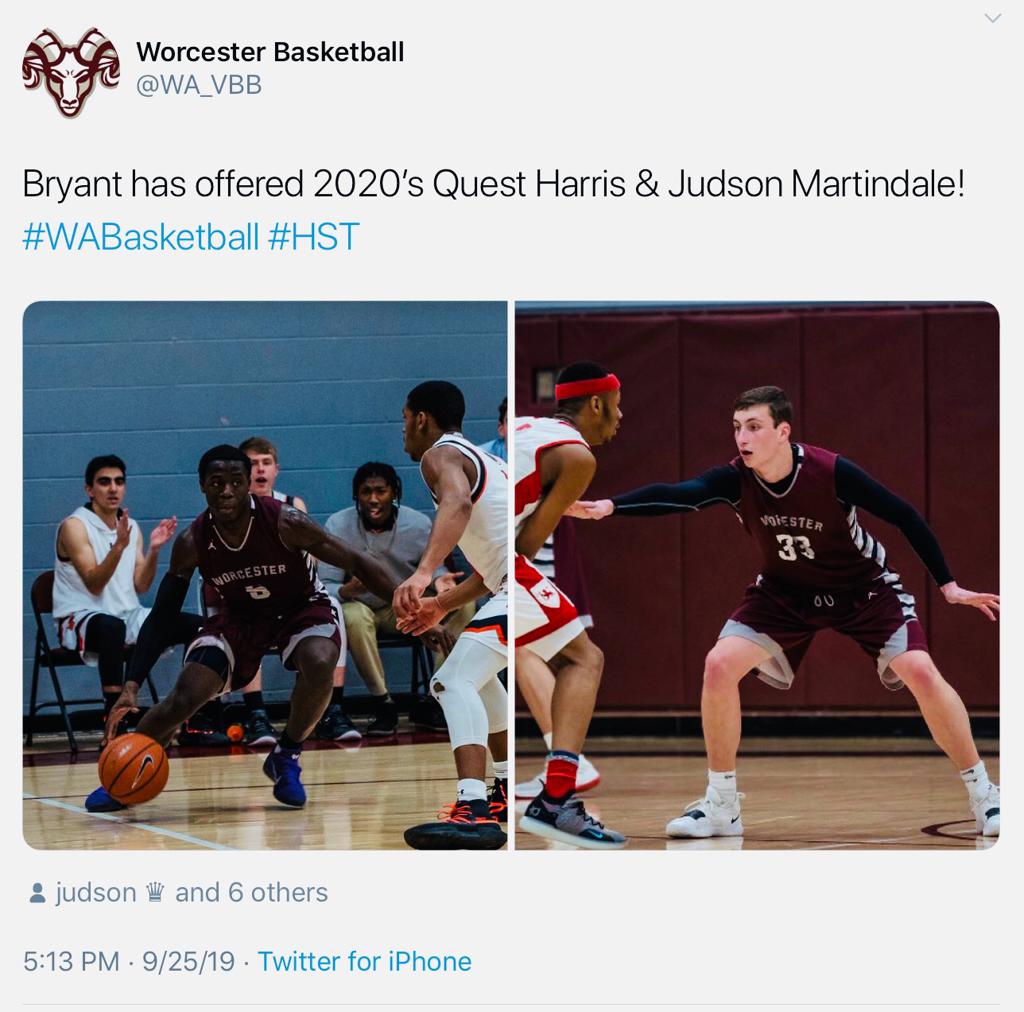