It was Sunday night and a handful of Commonwealth players were getting extra shots up after a 2-hour workout. That’s when Aaron Gray broke the news: “Your boy Kolek just committed….”

Enoch Cheeks went from being totally locked-in on shooting corner 3’s to fully focused on finding out where Tyler Kolek had decided to go to school. After Gray announced that George Mason was the destination, the energy level rose and the mood in the gym changed.

“That’s my boy Kodak,” said Cheeks, which prompted me to bark the correct way to pronounce his last name. “Nah, Yags…I call him ‘Kodak’ because Kodak Black’s slogan is ‘Sniper Gang’ and Ty is a sniper! Plus, Kodak rhymes with his name.”

I just nodded in agreement and proudly stood there, corrected.

It wasn’t the first time that Cheeks had raved about his boy and fellow Rhode Island product. During an AAU tournament in Hanover, MA last spring, we were in the middle of a conversation when I told Cheeks that I was headed to watch the Middlesex Magic’s game at the opposite end of the facility. He quickly checked his phone, didn’t hesitate for a second and said, “I got time to watch my guy Ty for 10 minutes.”

That was the first time I really noticed how many people flocked to the court when Kolek was in action. It wasn’t just young white kids from Rhode Island who jockeyed for position on the sidelines and they sure as hell weren’t there to witness a layup line dunk contest. The diverse crowd reminded me of A Tribe Called Quest concert and they were all there to watch a dude dominate the game without ever getting more than 18-inches off the ground.

Younger players gathered 3-deep to watch Kolek drill deep-3’s with his effortless hair-trigger release and dead-eye accuracy that remained true when he pulled up from 35-feet. His peers came for the crafty no-look passes and the menacing look on Kolek’s face after he hit a few 3’s in a row. And everyone was there because they knew there was a chance that “Kodak” could appear at any moment and bury a dozen dagger 3’s into his opponent’s heart.

“Kolek is such a humble dude and a really underrated player. Everyone talks about his jumper, which is deadly, but he’s so unselfish. He makes everyone around him better because he always makes the right play,” said John Adams, a 6’8” big man from Wilbraham & Monson who played with Expressions during the grassroots season. “He earned his reputation by staying loyal to Middlesex and everyone respects that. He turned them into a team that could’ve played with anyone in the nation this summer. Tyler earned everyone’s respect, so everyone respected the Magic too. And if you didn’t respect them, they would beat you!”

It’s the ultimate example of game recognizing game and it occurred throughout the summer, without fail. I don’t think Kolek ever noticed it himself. If he did, he didn’t allow it to change the way he played or the way he carried himself before, during or after games.

That unselfish passion and natural swagger was never more evident than during the NEPSAC College Showcase in late-June, when he teamed up with Loomis Chaffee’s Reece Brown on a team made up of 8 guys who had never played with one another before.

“We were playing in front of 50 D1 coaches and Tyler was more worried about throwing me perfect lobs than he was about knocking down his own shots,” said Brown, a 6’8” wing with an explosive game that compliments Kolek’s perfectly. “I’d throw one down and he’d be celebrating more than anyone. Then he’d knock down a few 3’s and I was more energized than I would've been if I hit the shots myself.”

The chemistry between the two led to a lot more than just a few highlights. Brown has seen his recruitment explode since the event and he’s recently picked up offers from Georgetown, UNLV and Wisconsin.

“My recruitment had been pretty frustrating up to that point,” said Brown. “But so many D1 programs came to that event for Tyler and they all ended up showing interest in me afterward too. My confidence grew and my game has taken a huge leap since. Tyler’s energy translates to the entire team because he’s encouraging everyone and getting the best out of them. That was some of the most fun I’ve ever had on the court…and we went 4-0 that weekend!”

Kolek heads back to St. George’s for his final season of NEPSAC ball in '19-'20 before taking his knockdown shooting stroke and contagious passion to George Mason next summer.

New England’s players, coaches and scouts will all have the same message for the 6’3” sniper as he heads to the A-10… 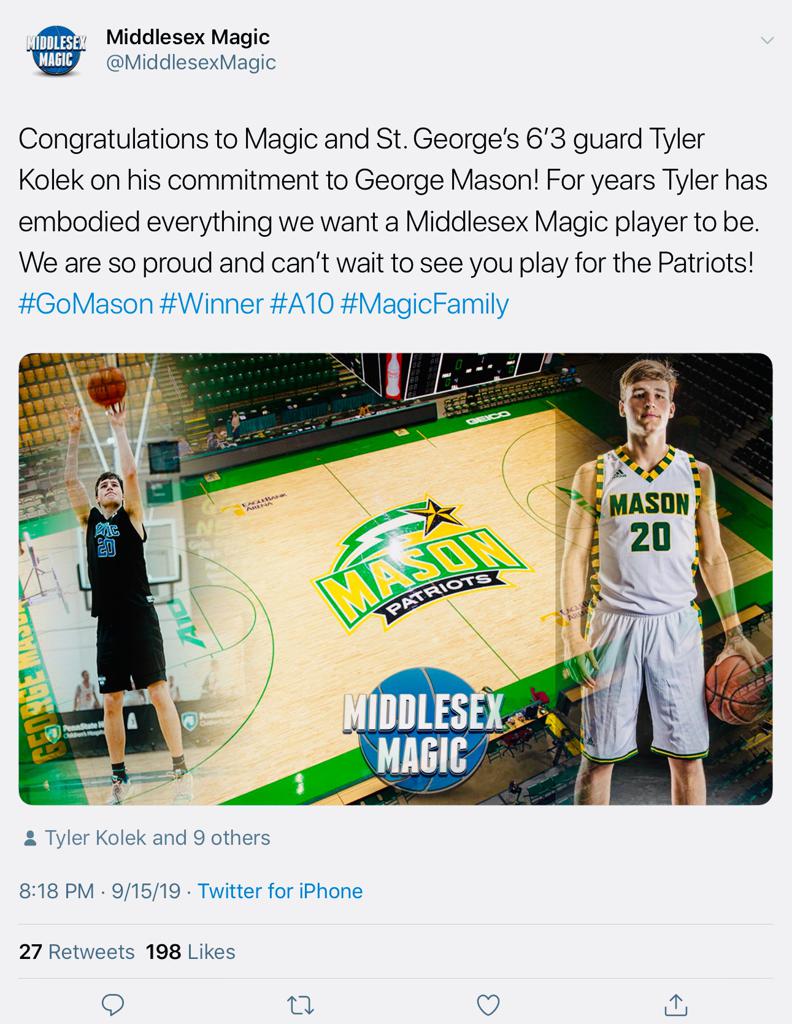 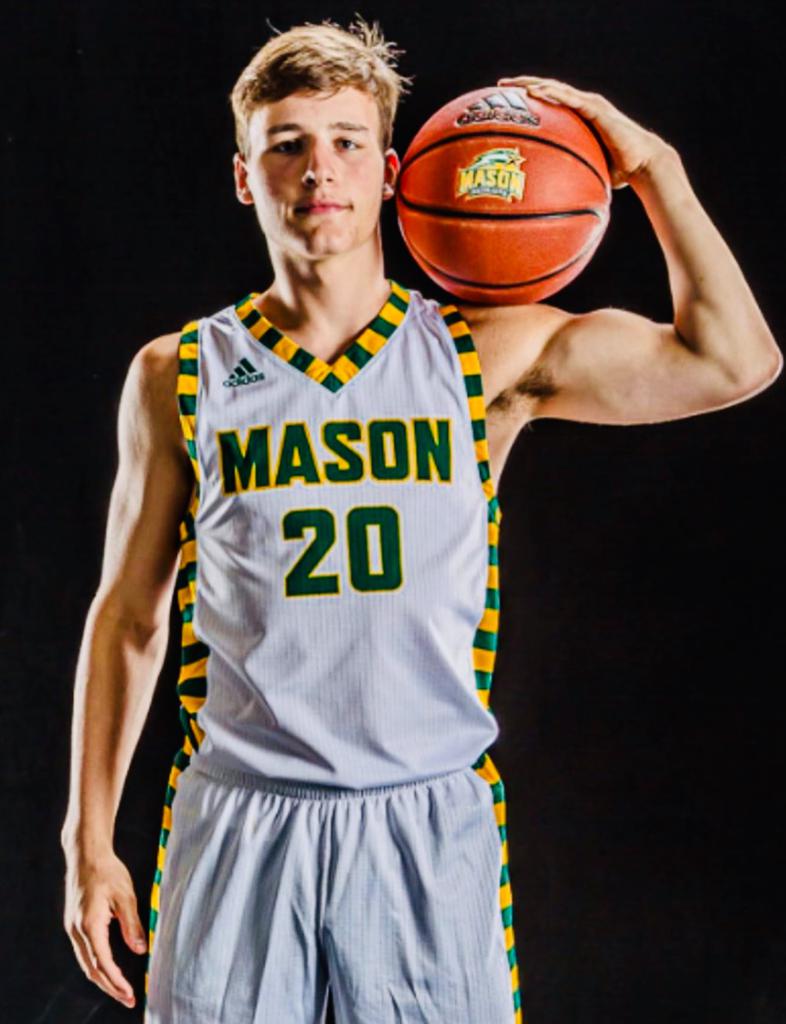