It’s rare for me to highlight a prospect from outside of the Northeast but rare prospects deserve it once in a while. Chet Holmgren, a uniquely skilled and versatile 6’11” Big/Wing from Minnehaha Academy (MN) who plays on the Under Armour circuit with Grassroots Sizzle, is the definition of a rare prospect.

Holmgren took the floor alongside teammate Jalen Suggs, a 5-star prospect in 2020 who has won two gold medals with Team USA during his decorated prep career, at the UA Association’s New Jersey session and proceeded to put together one of the most dominant individual performances of the young grassroots season.

Here are the key things that I noted when watching Holmgren:

#1. His offensive skillset, ability to protect the rim and exceptional ball-handling skills are designed to flourish in today’s game.

Somebody once told me that the two greatest high school coaches in basketball history were the guys who coached Magic Johnson and Larry Bird. That’s because they recognized their player’s unique skillset, allowed them to play with the ball in their hands and encouraged them to be who they were. Holmgren has obviously earned a similar level of freedom while developing his tight handle, fluid shooting stroke and elite timing as a rim protector. Our industry is still way too quick –IMHO- to become enamored with big men as long as they can simply catch the ball and run 94-feet without tripping. Thankfully, intelligent coaches have stopped rewarding size when it comes with inferior skills and expose the weaknesses of opposing teams who remain prisoners of the past. It puts the onus on big dudes like Holmgren to develop real skillsets. When young prospects with elite size invest the type of sweat equity into their skill development the way Holmgren obviously has, the results are a thing of beauty.

#2. Despite a rail thin frame that currently makes Kevin Durant look like a bodybuilder, the young man doesn’t back down from anybody.

There were times when older, stronger opponents got inside on Holmgren and used their leverage to create space for buckets in the post. It happens to most young bigs. If the overwhelming majority of Holmgren’s value was based on his post play, focusing on his lack of strength would still be a little short-sighted. But when you consider just how well-rounded the young 6’11” wunderkind is at this point in his development, as an extremely polished and efficient 3-level scorer, it’s hard to imagine how dangerous he’ll be once he fills out. Holmgren’s willingness to use his hands violently in the post and aggressively commit to contact in mid-air while blocking shots speaks to his current ability to overcome one of the perceived weaknesses in his game. He’ll continue to improvise and adapt until his frame catches up with his game.

I’ve always despised the analyst who would come on TV during the NBA Draft and tell us that a 19-year old “has to get stronger and improve his jump shot.” What great insight: A teenager isn’t physically prepared to play alongside grown men. They might as well just say, “He has to stay alive and continue playing basketball.”

At the end of the day, skills pay the bills! And Holmgren has them by the boatload.

#3. The young man owns a confident swagger and can be a real MFer when he’s triggered.

The skillset was great and the defensive prowess was elite but this is the thing that really won me over. Opponents are going to test Holmgren for the rest of his career. The young man, who recently turned 17 on May 1st, seems to embrace that fact and feeds off it as games move along. Early in games this weekend, Holmgren’s focus was on making the right play offensively while employing the perfect mix of aggression and efficiency. Inevitably, an opponent would start jawing at him and ignite the fire inside. Holmgren would respond by becoming confidently vocal with his teammates or with a “That’s All You Got?” stare at his defender after a dunk. He never allowed his opponent to speed him up or rope him into a stupid play. When he felt it was necessary, Holmgren would even draw his defender out to the perimeter and use his 7’4” wingspan to showcase his handle. The dude plays with passion, intensity and a desire to dominate.

Whether we’re talking about future potential or current production, Holmgren deserves to be in the conversation with the nation’s best. After 12 games on the Under Armour circuit, Holmgren is averaging 16 points, 6 rebounds and 5.8 blocks to go along with shooting slashes of 63.3% FG (71-113)/47.6% 3pt (20-42)/73.1% FT (30-41). When you throw in the fact that he has a good head on his shoulders, a strong support system, can already put the ball on the floor to create his own offense and owns a mature feel for the game, there are plenty of reasons to believe Holmgren’s ceiling is as high as any young prospect in the nation. 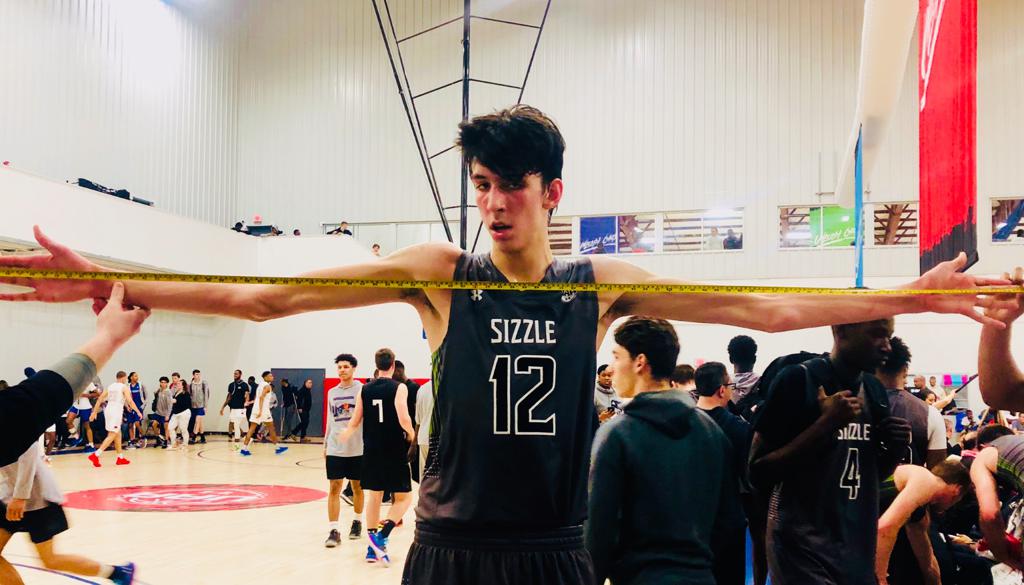 Holmgren measured in with a 7’4” wingspan after his 19-Point, 10-Block, 8-Rebound performance against the NY Gauchos 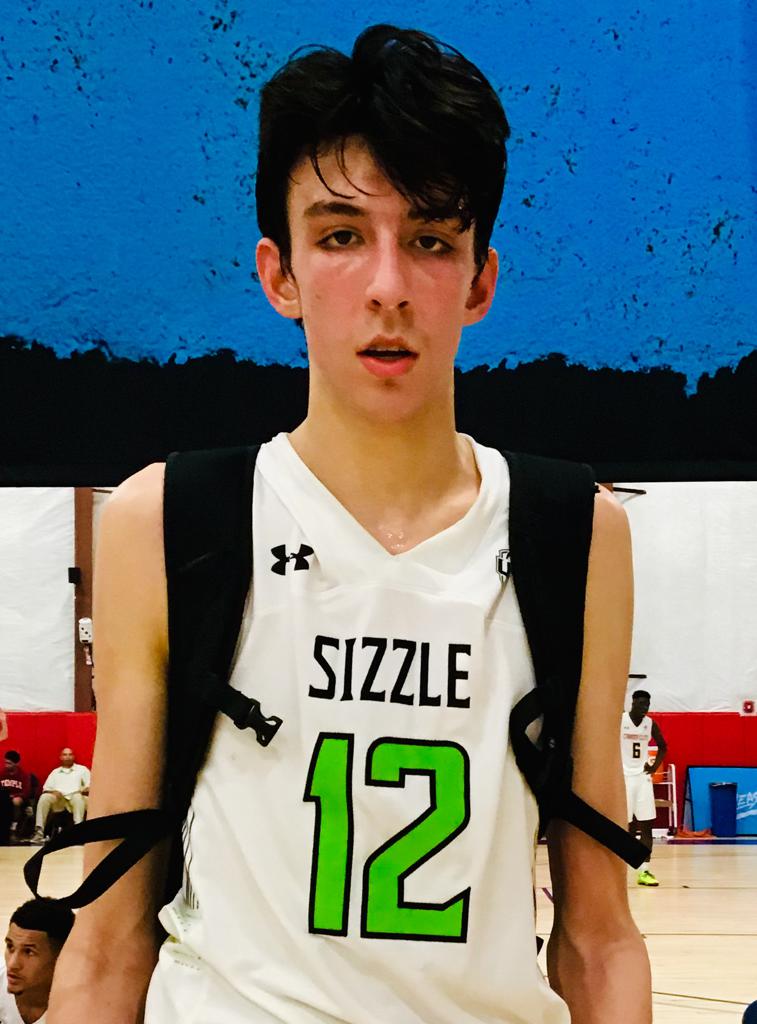