Tyler Kolek and Sam Thomson have become two of the hottest names in the Middlesex Magic’s highly-regarded 2020 class early in the grassroots season. And for good reason!

Kolek averaged 18.6 points, 8.4 rebounds, 2.8 assists and 2.5 steals during his junior year at St. George’s and was named Rhode Island’s Gatorade Player of the Year for his efforts. Kolek’s shooting stroke combines a dart-quick release with a deadeye follow-through and gives the 6’3” lefty one of the most dangerous individual skills in New England.

While his jump shot is undoubtedly at the center of his offensive skillset, Kolek is far from a one-trick pony and just as likely to slip a no-look pass to a slicing teammate as he is to pull-up from 6-feet beyond the arch to bury a dagger in your grill. His improved movement off the ball, better use of angles while working off screens and precision passing in pick-&-roll action makes Kolek an extremely versatile weapon in coach Michael Crotty’s system.

When you throw in an unflappable demeanor, quiet confidence and fiery competitive streak, it’s no surprise that some of the best prospects in the 2020 class gather along the sidelines to watch Kolek go to work every weekend. And he doesn’t just own the respect of his peers. Kolek’s list of college offers have grown alongside his skillset over the last 16 months.

Northeastern, Boston University, Bryant, Brown, NJIT  and Columbia are among the D1 programs who have already extended scholarships, a  list that should grow considerably as more eyes recognize the way his game has developed since last summer.

While Kolek returned as one of the region’s well-known commodities this spring, Thomson has emerged as a candidate to become one of New England’s biggest stock risers during the 2019 grassroots season. The 6’9” Canadian spent his junior year at Brooks, where he averaged 12 points and 8 rebounds for the season but played his best ball in the 2nd half, averaging closer to 16 points and 9 rebounds down the stretch for John McVeigh’s squad.

Thomson has taken that confidence into the spring and Crotty has welcomed it with open arms. His fluid shot mechanics and easy release will be the first thing to catch the eye of college coaches but he also incorporates easy movements/athleticism and a good nose for the ball in his sound all-around game. If Thomson shows an ability to rebound at a decent level, put the ball on the floor for 2/3-dribble drives and attack the rim off the bounce when defenders close out, it wouldn’t be a surprise if he garnered the attention of programs from every level of D1 ball.

That intriguing size/skillset combo is also backed up by tremendous grades in the classroom, giving Thomson an unlimited range of suitors at this point.

If Kolek and Thomson don’t provide D1 coaches with enough motivation to head over to the Magic’s court this spring, a rotation that runs 8-deep with D1 prospects should.

George Smith and Will Dorion return for another season with the Magic after experiencing a ton of success during their tenure with the program. They both hold multiple D1 offers after showcasing their skillsets on the Hoop Group circuit last year and putting together strong seasons at the MIAA level.

Matt Knowling and Joey Reilly head to the Middlesex program after winning a CIAC title at East Catholic during the high school season. Knowling is coming off a huge junior campaign that saw him garner attention from programs at the mid-major and high-academic levels alike. Reilly was recently named the USA Today Connecticut HS Player of the Year after finishing his East career as the program’s all-time leading scorer and a sparkling 104-7 record over the last four years.

Canberk Kavsuk, who recently picked up an offer from American, will provide a different look in the post while Jay Deiterle and Kyle Layman give the Magic a pair of versatile, do-anything bulldogs to turn to in any situation. Jack Poirier has developed into a lights-out shooter who has already surpassed the 1,000-point mark at Scituate HS. Noah Downing is coming off an honorable mention All-NEPSAC-A season at Thayer. This type of depth is a considerable advantage during long grassroots weekends.

There’s an added dimension that makes this year’s Middlesex Magic squad so special. In an age where bouncing from one team to another is commonplace in grassroots ball, the majority of this year’s team has grown together and battled alongside one another, while developing at different speeds as individuals over the last few years.

The Class of 2020 is now in a position to make their last grassroots season one of the best in the 26-year history of the Middlesex Magic program. There’s one thing you can guarantee: Crotty will make sure they enjoy the ride! 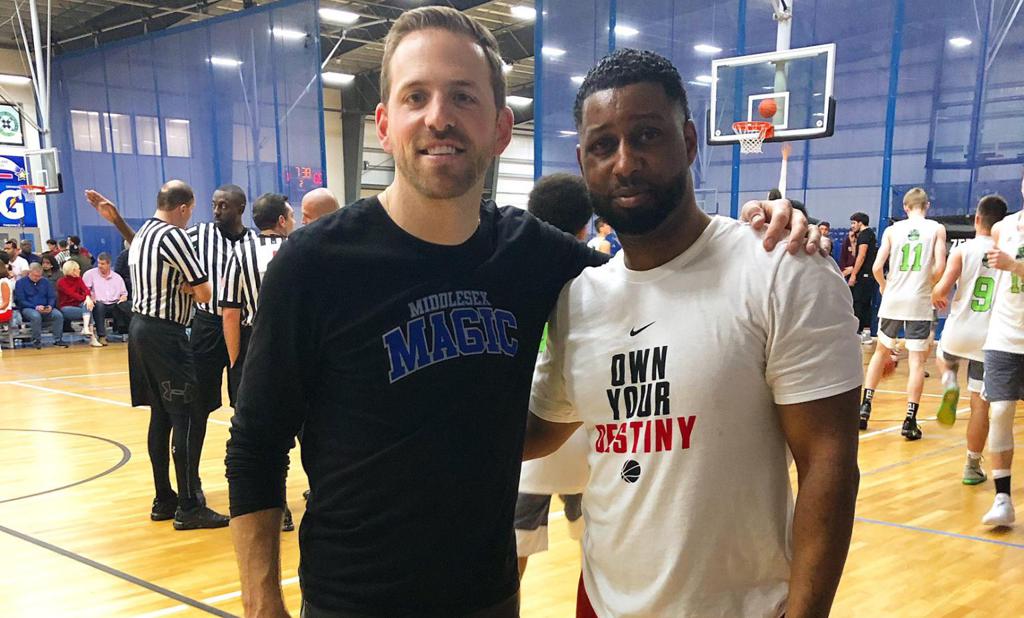 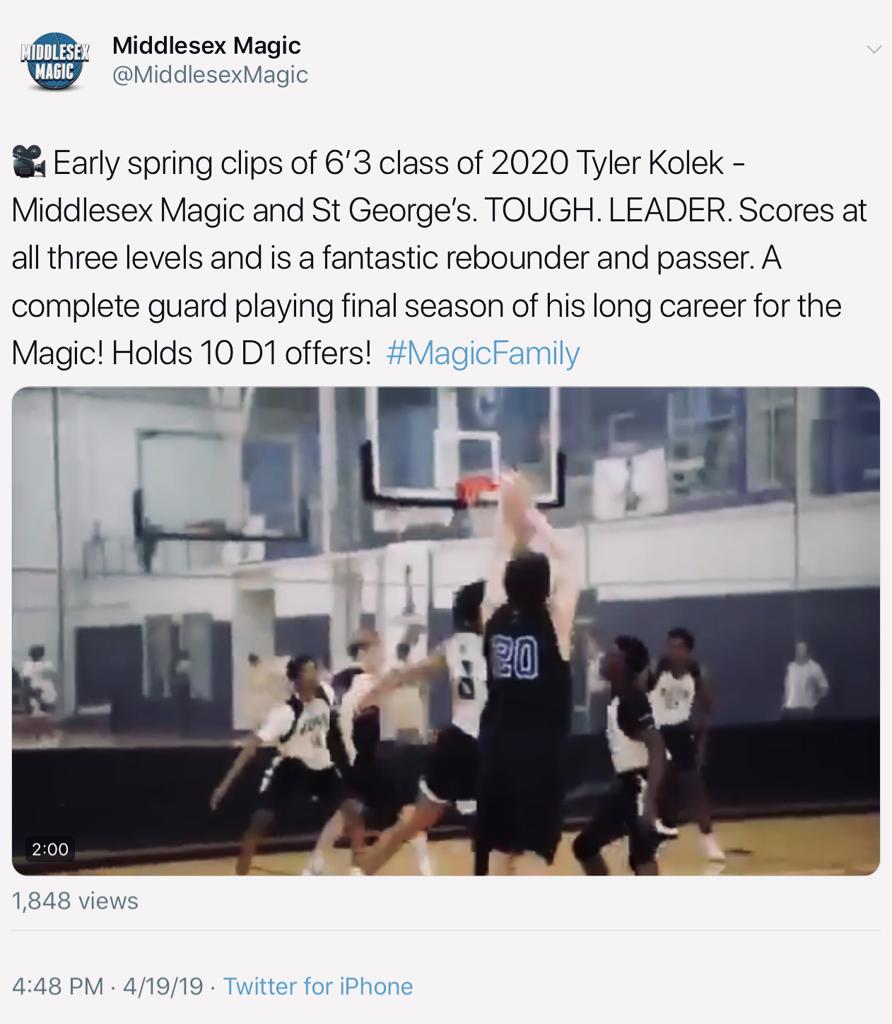 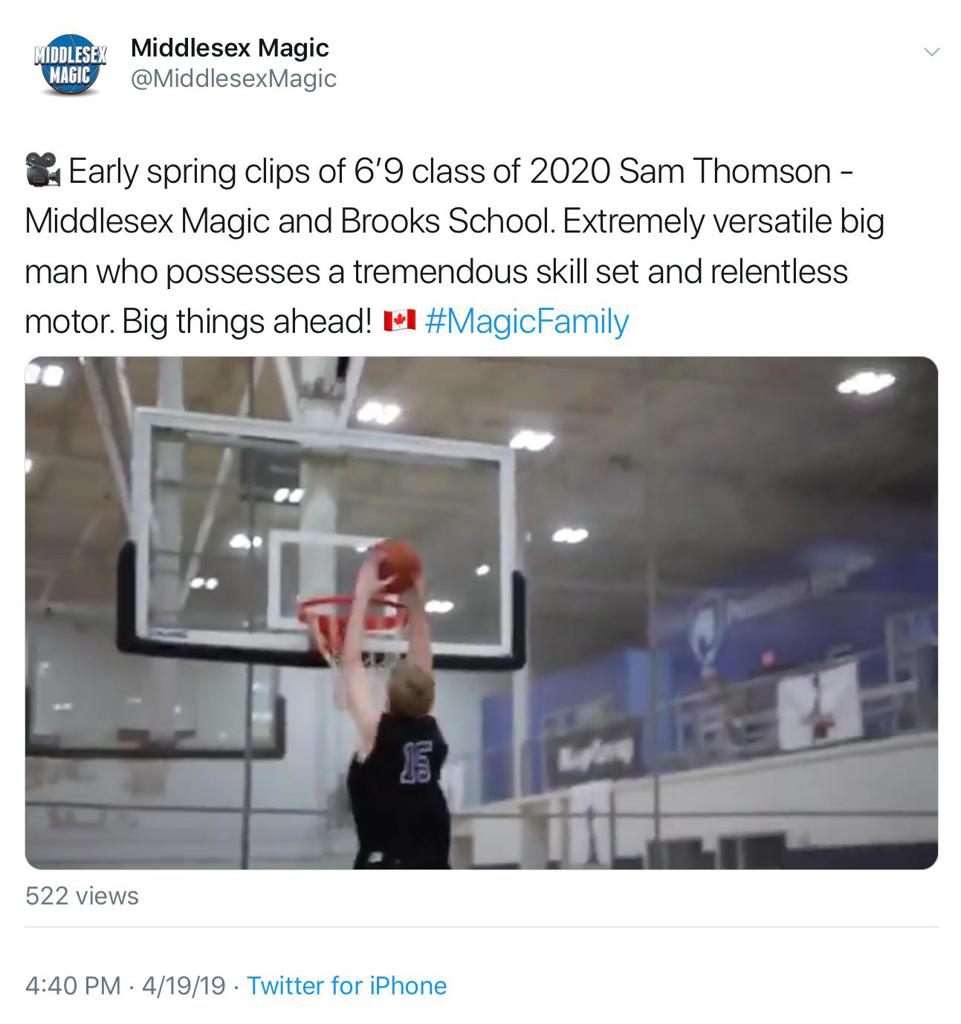