WEEKS TO UMASS, STOKES TO BRYANT & MORE ON THE WAY

WEEKS READY TO BUILD HIS OWN LEGACY AT UMASS

“TJ is such an exceptional shot-maker,” said Woodstock coach Tony Bergeron. “But he’s so much more than just a shooter. His length (6’11” wingspan) allows him to get into passing lanes and disrupt so much on the defensive end too. He’s really a terrific defender.”

By the end of the season, the 6’5” wing was racking up 20-point nights twice a week and D1 programs began taking notice. But at the end of the day, there was only one program that felt like home all along. Similar to the way Weeks carved out his role at Woodstock over the course of the season, heading to UMass felt more like the natural progression in his own journey than a path he was forced to follow.

“He’ll be able to impact the game on both ends of the floor in the A-10,” Bergeron said proudly.

Weeks is the 9th member of Woodstock's 2019 Class to commit to a D1 program and he joins teammate Preston Santos, Putnam Science's John Buggs III and 6'10" big man Jalen Thomas in the 2019 UMass Recruit Class. 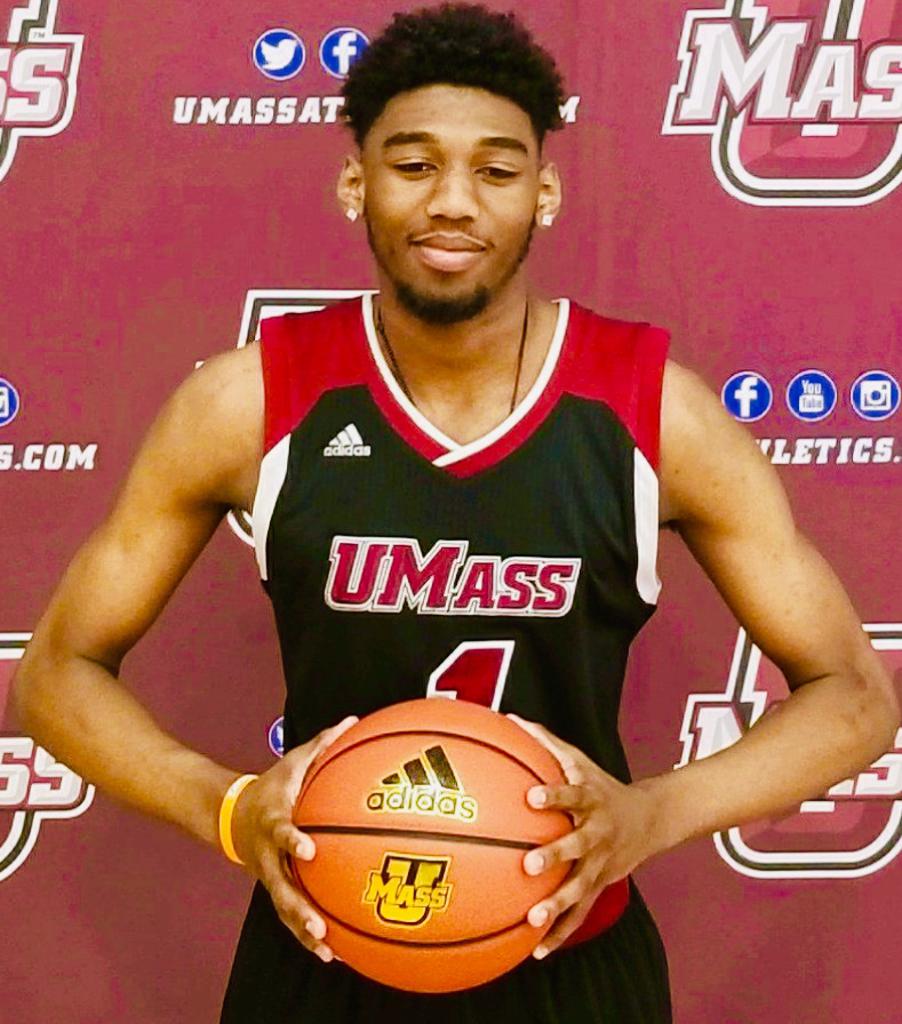 As Weeks’ body continues to mature, it’s easy to envision the 6’5” wing developing a dangerous length/strength combo that could wreak havoc in the A-10. The lefty also has more current bounce than he’s given credit for, something that will come in handy when opposing teams sell-out to run him off the arch. But perhaps the most valuable asset in Weeks’ arsenal: his even-keeled temperament.

A fiery competitor on the inside, Weeks is an unselfish, low-maintenance teammate both on and off the court. His easy demeanor will help as he repeatedly fields questions about following in his father’s footsteps over the next few months. Weeks will handle it with a sly smile, knowing that the first 3 he knocks down next season will be one more than his father made over the course of 4 years.

Same name but much different strokes. This Weeks is simply different, folks.

It seemed like Nate Stokes never really got into a comfort zone this season at Putnam Science. Whether it was missing the first month of open gyms due to a bad ankle sprain in the fall or catching the flu mid-season just as he started to find his mojo, it just felt like “one of those years” for the 6’9” dagger-man from Washington.

But there’s a light at the end of the ’18-’19 tunnel and Jared Grasso is holding the flashlight. After committing to Grasso’s Bryant program last week, Stokes will have an opportunity to play a pivotal role in the program’s resurgence and do so right alongside PSA teammate Charles Pride for the next four seasons. 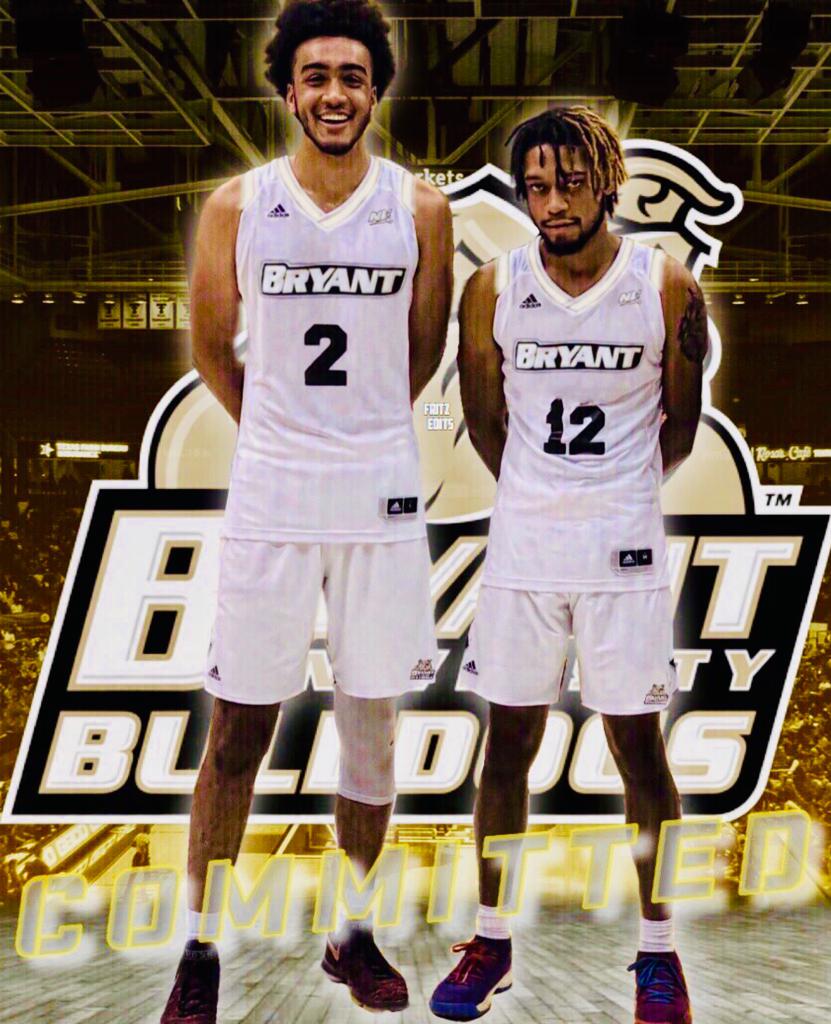 “They have a coaching staff that is all about player development,” said Stokes about his future Bryant coaches. “And me being versatile with the ability to pass, shoot and make plays, I thought it was the perfect opportunity to expand my game and implement it at the next level. They look to get up-&-down, shoot the ball in transition and allow their athletes to be athletes. Being a shooter that likes to get loose in transition and play fast, I thought it fit my skillset really well.”

As a true 6’9” sniper who is comfortable and deadly from 3-4 feet beyond the arch, Stokes gives Bryant a size/skillset package that is extremely rare in the Northeast Conference. Extended stretches of 100% health, along a college weight room, should allow Stokes’ game to blossom and give him the confidence to expand his skillset far beyond what we’ve seen from him this season. The faith that he already has in Grasso won’t hurt either.

“As soon as I spoke to Coach Grasso, I realized how passionate he is about his players, about the game and about life in general. I already knew the attitude that he wants to approach next season with, so for me I was looking outside of basketball partially," explained Stokes when asked what attracted him to the Bryant program. "I feel that Coach Grasso is a man who will put me in positions to succeed on-and-off the court, not only during my time at Bryant but long after I leave. It felt like he already had my back too, which made it feel like I was at home. That’s really the best feeling you can have: Knowing that you found the right school, the right program and the right coach who is going to get the best out of you for the next four years.” 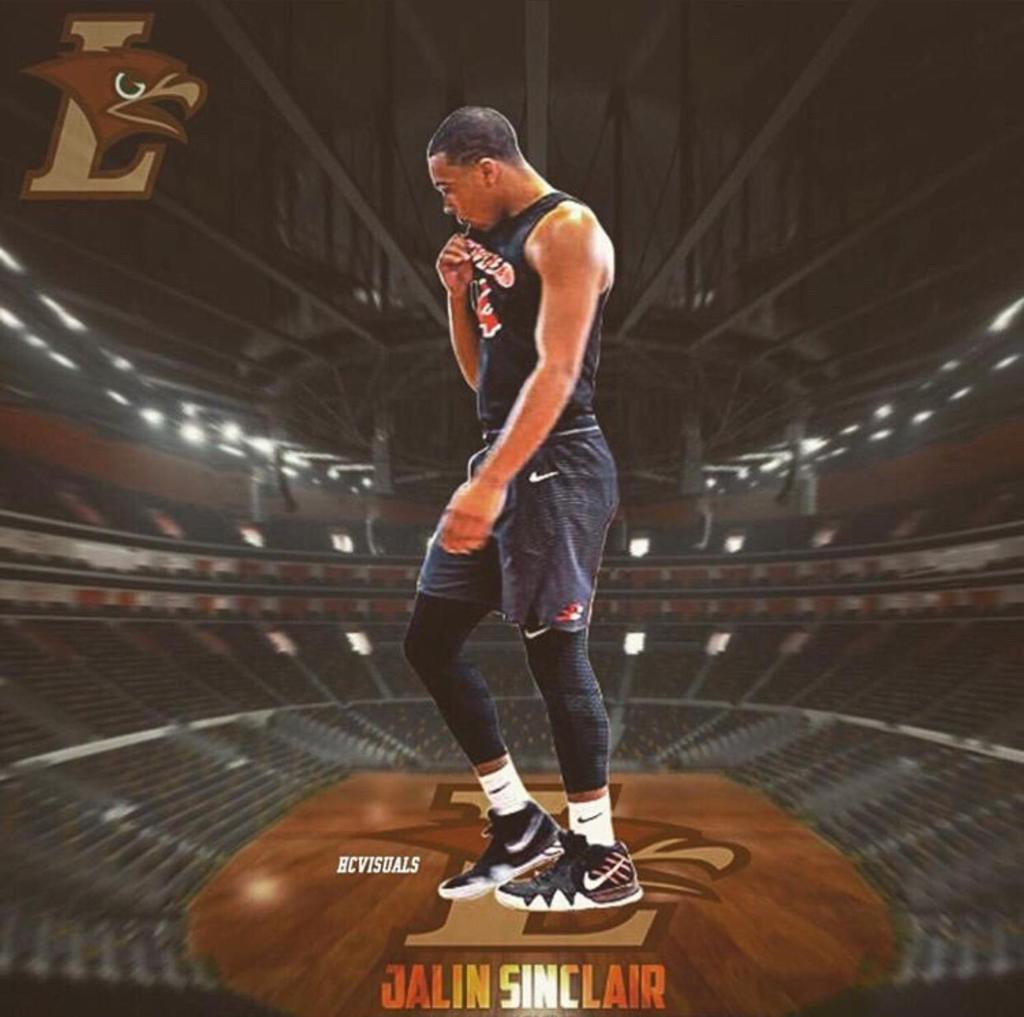 Jalin Sinclair made his college decision prior to the spring, as Lehigh’s potent combo of high-level academics and fertile hoops production was too much for the no-nonsense floor general to turn down. The 6’ point guard was a NEPSAC-A all-conference selection this winter while leading Suffield to a 10-4 record in league play…Tre Mitchell remains the top uncommitted prospect in New England and is arguably the best uncommitted big man in the national Class of 2019. Mitchell is down to UMass, Indiana, Syracuse, Virginia Tech, Providence and Georgia Tech…Cushing’s Daman Tate is down to his final 3 as Gardner-Webb, Boston University and Richmond remain in the running for his services.

Since the calendar flipped to 2019, @WAPrepHoop’s 6’5” wing TJ Weeks (@TJ_weeks35) has avg’d 19 ppg and is doing it at all three levels. Weeks put together a RIDICULOUS 5-minute stretch against Masters that saw him rip off 20-straight. Weeks was offered by Binghamton today... pic.twitter.com/af7V6mVl7x

Lehigh lands a BULLDOG with the commitment of @PSACardinals/@Suffield_Hoops point guard Jalin Sinclair (@WME_Sinclair), the 1st of Munch's 2020 crew to come off the board.

6’9” wing Nate Stokes (@thaniel_strokes), a knockdown shooter @PSAhoops with an emerging inside/outside skillset, has committed to Bryant. Great fit for both sides, young man flew under the radar all year pic.twitter.com/EEhqidSsb9