Mitchell came to New England as the proverbial ball of clay, featuring a skillset that promised immediate high-level production and a body that would eventually be molded into a college-ready, top-50 prospect in America.

After arriving at Woodstock in the fall of 2017, Mitchell took to the weight room and dropped 30+ pounds thanks in large part to the diligence of Strength & Conditioning coach Brenden Ostaszewski. With a newfound level of strength and stamina, Mitchell’s skillset expanded as quickly as his waistline shrunk.

As a reliable post presence in Tony Bergeron’s uptempo system, Mitchell would go on to become a two-time 1st Team All-New England selection and average 19 points and 9 rebounds during his two seasons at Woodstock.

“Woodstock showed me the importance of time management and the type of work ethic you need if you want to become an elite athlete,” said Mitchell. “Coach Bergeron believed in me from day one. He’s shown me how to be a leader, how to elevate my game in the biggest moments and the need to sacrifice for the betterment of my teammates. From the moment I arrived at Woodstock, I realized that I had a new set of standards to live up to and I fought as hard as I possibly could to reach them every day.”

Mitchell’s toughness and willingness to battle in the post would be put to the test in the summer of 2018 while he played on the EYBL circuit with Expressions. The 6’9” big man answered the bell at every turn and finish as one of the league’s top-10 rebounders, which has become one of amateur basketball’s best indicators of future elite-level success.

With an overwhelming amount of success at the highest levels of prep or grassroots ball, Mitchell proved that he was ready to take the next step and head to college in the fall of 2019. 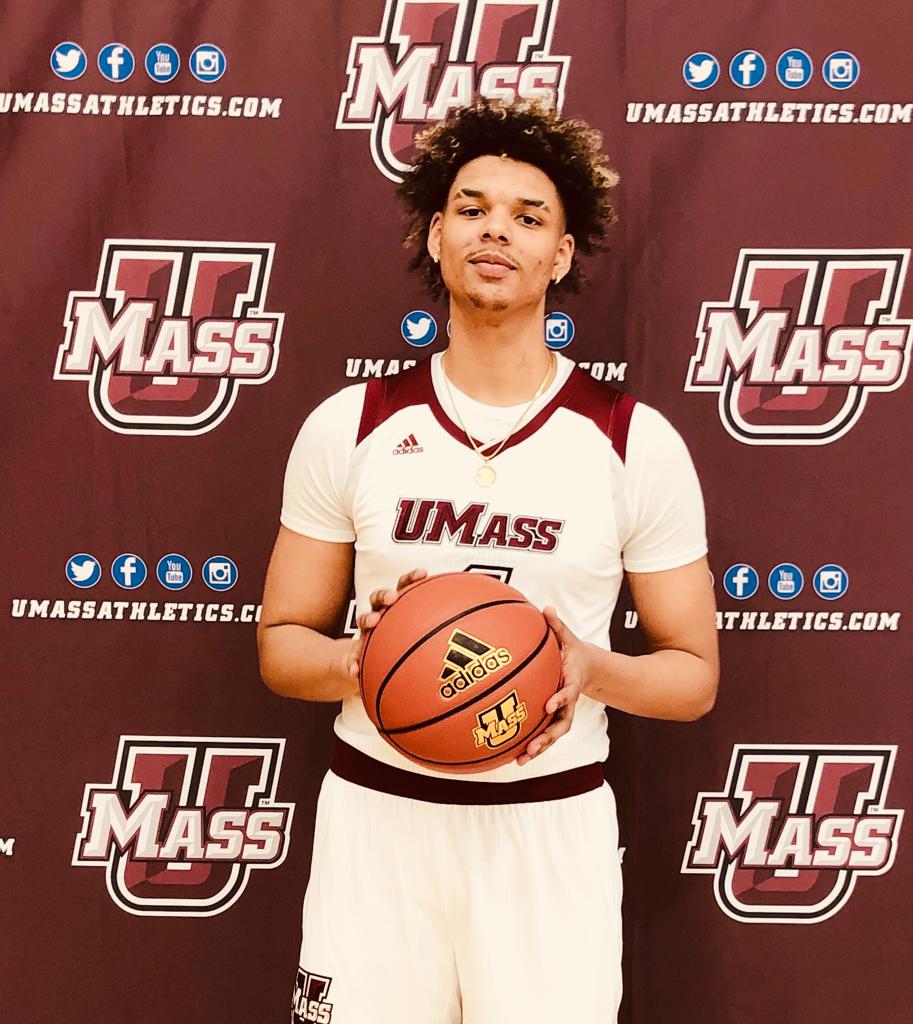 Let’s be honest: Matt McCall was brought into the program to conduct a quick rebuild and -up to this point- things haven’t gone according to plan. But, as soon as the '18-'19 season ended, McCall did what true leaders do in the toughest of times: he re-evaluated himself, his entire staff and the process by which they were getting things done. Men were held accountable, tough decisions were made and assistants were let go.

The overhaul was not focused solely on the coaching staff either. A number of players also decided to leave the program, including leading scorer Luwane Pipkins and backup PG/Wing Unique McClain.

McCall’s plan is to flip the script by learning from this season’s adversity and making it the turning point of his tenure with the Minutemen. Landing the nation's best available big man is one hell of a way to  turn the tides and set the tone for the program moving forward.

Tre Mitchell (@tre_mitch33) scored at all 3 levels, controlled the paint from start-to-finish, made the correct read damn near every time he touched the ball & exploded for 37pts/10reb/5ast to lead @WAPrepHoop to a hard-fought 86-70 win over Navy Prep... pic.twitter.com/WqROlNMOMb

THE FIT: Like Cinderella’s Slipper! At this point in the process, McCall couldn’t find a better big man to immediately become the focal point of his offense and contribute at the highest level. Not only will Mitchell have an opportunity to be the face of UMass rebuilding efforts, the expectations will be reasonable while he’s asserting himself against A-10 competition. He’ll have Woodstock teammates Preston Santos and TJ Weeks to rely on from day one in Amherst as well. To seal the deal, there  might even be a familiar face joining Mitchell on the sidelines too.

“The passion that each person in the UMass program has towards being successful on and off the court was crazy,” said Mitchell about his choice. “Everyone is extremely invested in the success of the program as a whole and it reminded me of Woodstock to some extent. It’s that drive, that determination, that energy that each person comes with and puts it into the specific thing that they do. That’s the type of program I want to be associated with.”

After doing his homework, Mitchell realized that this is simply a once in a lifetime opportunity and he intelligently chose to take advantage of it. Mitchell is putting himself in the best possible position to succeed from the outset. Nobody could argue that! 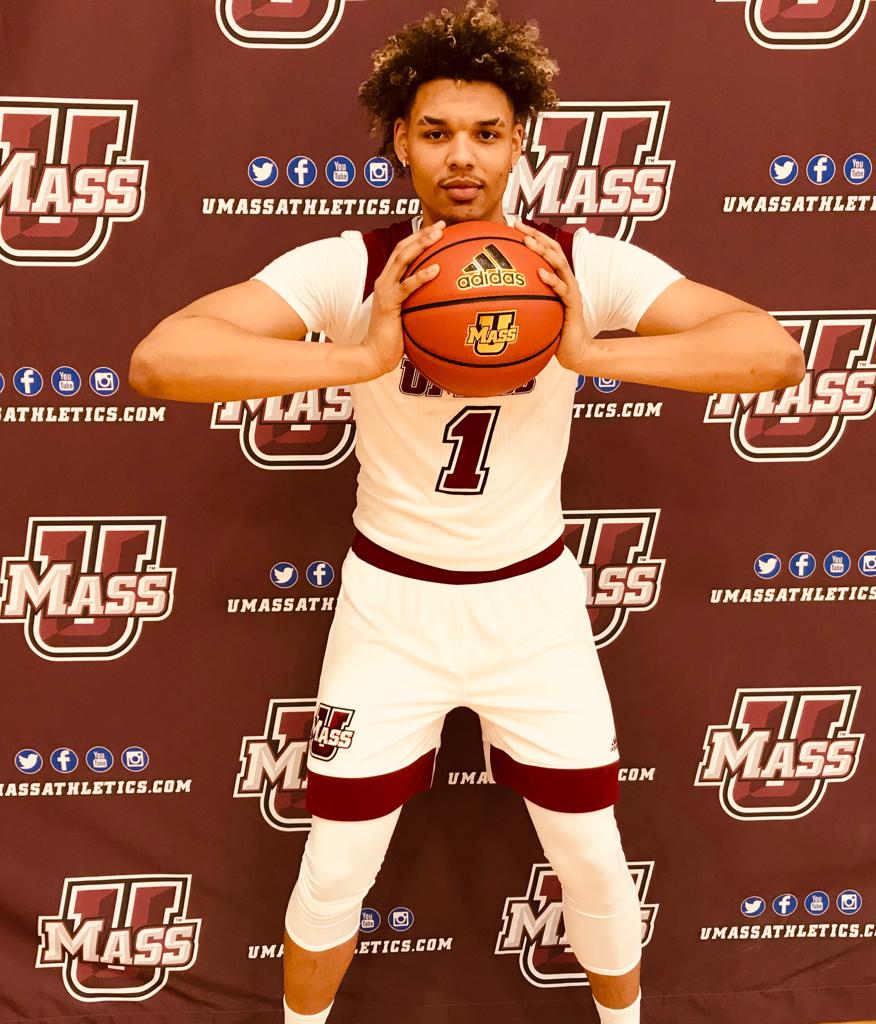 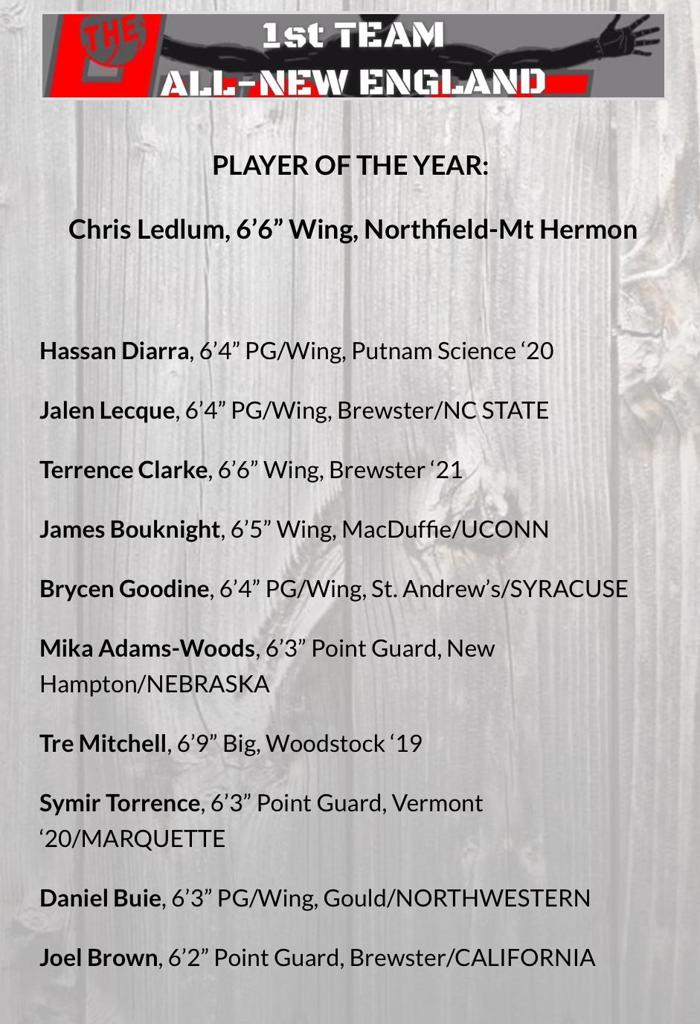