Coleman first arrived on the high-major radar as a rising sophomore while playing his prep ball at Dexter and running with WrightWay Skills during the grassroots season. That fall, coach George Wright-Easy got in my ear and told me about a 7-footer with a body like Dwight Howard and range that comfortably extends beyond the arch. Naturally, I had to go check it out for myself as soon as possible.

So, in the fall of 2016, I drove up to Dexter for a workout. After watching the big man hold his own during a handful of dribbling and shooting drills with teammates PG Noah Kamba and wing Jordan Mason, it was time for Coleman’s individual work in the post. Wright-Easy asked me to step in and provide some light resistance during one of the first drills. By using my leverage to get up underneath the young big man and throwing my forearm in his lower back to feel where he was going, I knew I could actually irritate him a little bit.

During the first couple of reps, Coleman went through the motions, settled for routine jump hooks and allowed me to dictate the level of physicality. It was something that set me off, considering the physical tools the young man had to work with. I implored Coleman to “Play with violence! Every rep, every move, play with bad intentions!” It was one of the dumbest things I’ve ever done.

As Coleman caught the next entry pass, he flipped his hips like an NFL corner, allowed his lead elbow to rotate with the same velocity and clipped the tip of my beak right before gracefully laying the ball through the rim. To this day, I’m not sure how the hell Coleman didn’t rearrange the middle of my face. And to this day, the story remains a microcosm of what Charles Coleman is and what Charles Coleman can become.

As a “true senior” this season, Coleman showed vast improvements in every area imagineable. He got up-&-down the floor with greater fluidity. He finished above the rim at an exponentially higher rate than ever before. The mechanics on his jumper looked smoother and more natural. He welcomed physicality and found himself at home against other true big men. Coleman took a huge step forward during his final prep season.

Coleman is also one of the most gracious and grateful young men that you’ll ever meet. He was raised right, by parents who have supported him at every turn. But that grace and humility will have to turn into aggression and swagger when he matches up with the 1-and-Done big men who are littered across the ACC each year. Along with continued improvement as a vertical and lateral athlete, Coleman will also have to diagnose things quicker as a defender and rim-protector. But make no mistake: ALL THE TOOLS ARE THERE.

Coleman has only experienced the game from a completely pain-free perspective for the last 18 months, after growing pains consistently reminded him of the gift-&-curse of being a 7-footer during his first two seasons as a high-major prospect. The improvements he’s shown over this short span are eerily similar to the tales that get told about some of the great late-blooming bigs in basketball history. And if Coleman blossomed into that type of dominant force, I wouldn’t be surprised.

The Dwight Howard comparison turned out to be legit, except Coleman has him by more than an inch in height (7’ to 6’10+”) while tying him in the wingspan category (7’4”). Once Coleman’s movements are controlled by athletic instinct instead of learned behavior, he’ll have a chance to be special. Coleman's strengths don't stop at his physical gifts either.

"He’s a young man with lots of grit and courage who takes advantage of his opportunities," said Wright-Easy. "His work ethic is amazing and he's done everything I've asked of him for the last 4 years. His on-court ability speaks for itself and his entire skillset will just keep growing. But I'm most proud of the young man that Charles has become. It's a testament to his family and all the hard work they've put into this process as well."

If you’re a young big man, filled with untapped potential and a desire to improve your skillset, Danny Manning’s program is where you want to go. After a 15-year NBA career, Manning was hired to lead the Demon Deacons in April of 2014. Since arriving at Wake, he’s cemented his reputation as one of the best developers of young bigs in college basketball. Devin Thomas, John Collins and Doral Moore turned into double-double machines in the ACC thanks to Manning and they’ve all laid solid foundations for their professional careers as well. Collins, the 19th overall pick in the 2017 NBA Draft, is averaging 19.5 points, 9.5 rebounds and 2 assists in his 2nd NBA season with the Atlanta Hawks as a 21-year old.

"Wake Forest checks all the boxes!" said Wright-Easy. "Coach Manning is someone who played Charles’s position at the highest level and he has a great tradition with developing big men."

Wake’s current roster is loaded on the perimeter, as junior Brandon Childress has become an explosive dual-threat point guard next to talented sophomore Chaundee Brown and freshmen Jaylen Hoard and Isaiah Mucius on the wings. This year’s team lacks a true tone-setter in the post and Manning has made it a point of emphasis in his 2019 recruit class.

Coleman has all the earmarks of a player who develops at his own pace and eventually blossoms into a productive force. Thanks to his mature patience during the process and a tight inner-circle that remained loyal to one another from start-to-finish, Coleman has picked a program that knows how to get him there. 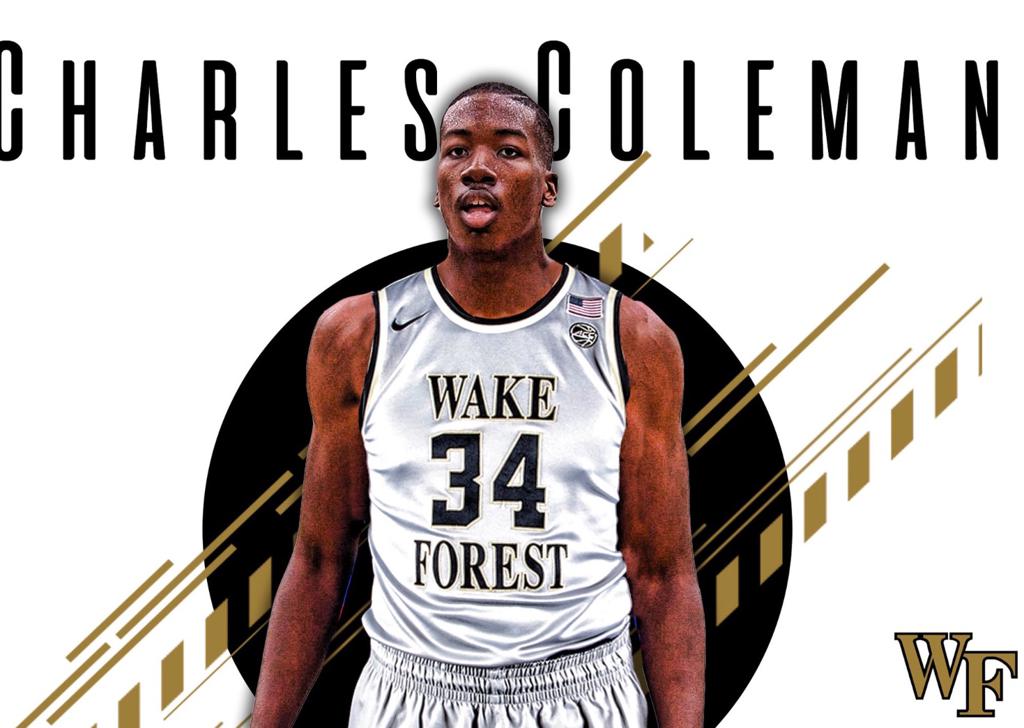 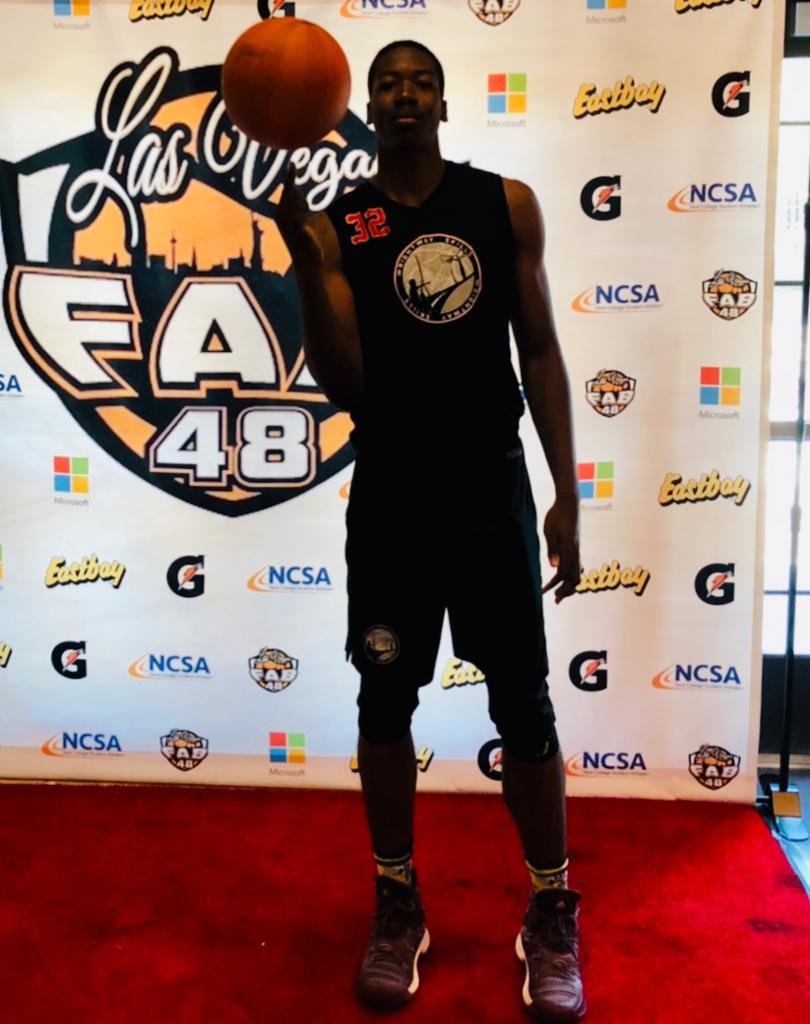 Coleman has spent the last 4 years developing under the tutelage of George Wright-Easy, who doubles as Dexter's head coach and WrightWay Skills' program director 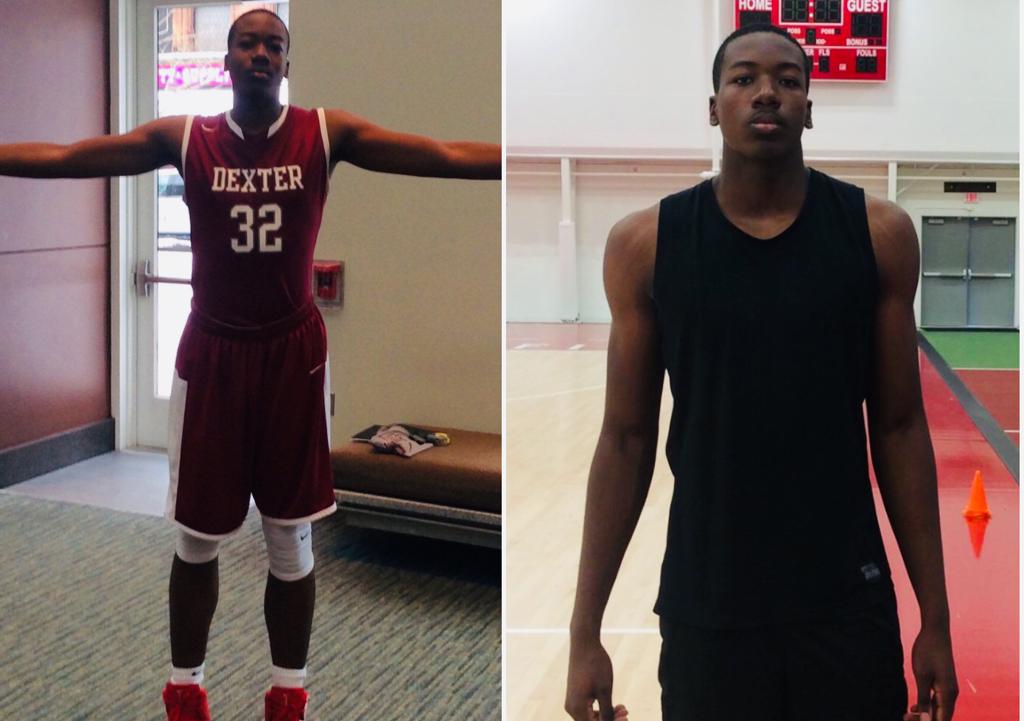